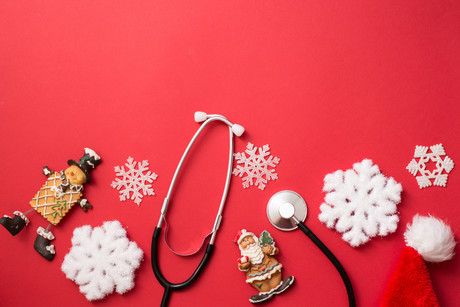 Queensland hospitals are expecting a spate of preventable injuries and illnesses over the festive season, with December being the busiest month of the year for emergency departments. Queensland Health figures revealed emergency department admissions were 16% higher in December 2018 compared with the 2018 monthly average.

In light of this, emergency department doctors are urging adults to leave the skateboards and trampolines to the kids, keep food refrigerated and refrain from indulging in too much Christmas cheer this year.

AMA Queensland President Dr Dilip Dhupelia did not want to discourage people from enjoying their holidays, but urged them to avoid behaviours that could result in a trip to hospital.

“We see parents who thought it would be a good idea to try out the new skateboard or trampoline they bought for the kids and who end up breaking an arm,” he said.

“And there’s people who become extremely unwell from eating food that has not been stored properly or has been left sitting on the table for too long.

“Once you add alcohol into the mix at Christmas time, things often end up in the same place — the hospital emergency department.”

Emergency department admission figures reveal the ailments most common in December were not life-threatening. These included vomiting, moderate-to-severe pain, broken bones and lacerations.

“I would urge people to visit their GP for non-urgent medical issues over the holiday period, rather than add strain to already overloaded emergency departments at this time of year,” Dr Dhupelia said.

Tips for food preparation and storage: