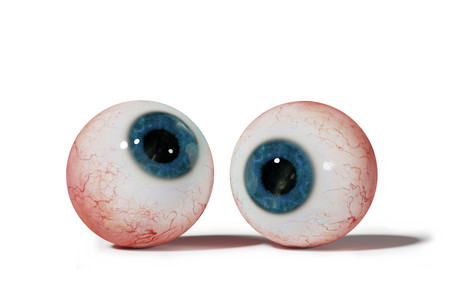 Patients suffering from annoying specks drifting through their field of vision may now have a safe, high-tech solution to their problem.

A study of patients who had laser treatment to vaporise these flecks and spots, known as floaters, has shown a very low complication rate. Additionally, most patients reported a significant improvement in their vision.

Dr Inder Paul Singh, an ophthalmologist with the Eye Centers of Racine and Kenosha in Wisconsin, studied 680 patients, who collectively underwent 1272 laser procedures for large floaters. Dr Singh saw these patients for anywhere from one to four years to check for complications. Only 10, or 0.8%, experienced a complication. The most common complication was an increase in intraocular pressure, which was successfully treated with an antihypertensive eyedrop.

Eye floaters are a general term describing the specks, threads, cobweb-like images or large clouds that can occasionally drift across the line of vision. Most floaters are bits of a protein called collagen. They’re part of a gel-like substance in the back of the eye called the vitreous. As you age, the vitreous slowly shrinks and forms opacities of varying size and shape. What you see isn’t the floater itself, but the shadow it casts onto the retina. Floaters can move as your eyes shift.

About one-quarter of people have some vitreous changes with floaters by age 60. By age 80, the number rises to about two-thirds. People are more likely to have them if they are near-sighted or have had cataract surgery. For some, floaters are a mere annoyance, but those with large floaters experience significant interference with their vision and daily functioning. A 2013 study found that about one-third of patients say floaters interfere with their daily activities.

Using a laser to break up larger floaters into smaller pieces so they are less visually disabling dates back to the 1980s. But most physicians counselled against using lasers to treat floaters due to reports that the laser couldn’t properly visualise floaters, which could lead to inadvertent damage to the lens or retina, the light-sensitive part of the eye that is essential to sight.

As laser technology has advanced, newer-generation lasers have been designed to maximise visualisation of the floaters in relation to the lens and retina. Energy is delivered more efficienty to break up or even vaporise floaters. These improvements have raised the possibility that treatment of floaters could become a mainstream procedure in ophthalmology.

“The procedure and new technique is slowly growing in acceptance, and an increasing number of ophthalmologists are adopting it in Europe and the US,” said Dr Singh. “We have also founded the International Ophthalmic Floater Society, which is open to ophthalmologists worldwide. It’s aimed at studying the merits of this and other treatment options, sharing experiences and protocols, and raising awareness.”

The research was presented at the 121st Annual Meeting of the American Academy of Ophthalmology.