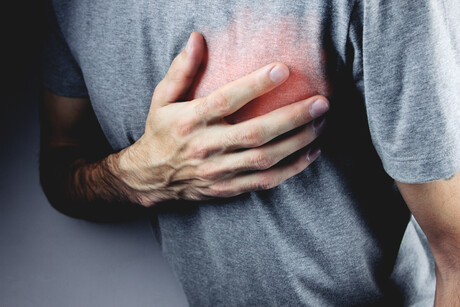 A common gout medication, colchicine, has significantly improved survival rates for patients hospitalised with worsening heart failure, according to a new study.

Records of more than 1000 patients admitted to University of Virginia Medical Center between March 2011 and February 2020 were reviewed by researchers for worsening heart failure. Patients who received colchicine for a gout flare had a survival rate of 97.9%, compared with a 93.5% survival rate for patients not receiving colchicine, the study found.

While colchicine is a well-established treatment for gout, the UVA research team believes the medication's anti-inflammatory properties may also be key to improving outcomes for heart failure patients.

Researchers think the drug may modulate inflammation in the heart and blood vessels with potential for improving outcomes, especially in the acute phases of heart failure hospitalisations.

While additional larger studies to further explore colchicine as a potential treatment option for heart failure are needed, the UVA researchers were encouraged by their initial findings.

"These results highlight the importance of novel inflammatory mechanisms in heart failure," said Kenneth Bilchick, MD, MS, Professor of Cardiovascular Medicine and a clinical investigator at UVA. Bilchick expects the findings to have a significant impact on clinical care in heart failure and future research for patients with this condition.

"Heart failure is more than just a failure of the pumping function of the heart. There are other processes that are involved, especially during an acute hospitalisation phase such as elevated inflammation and neuro-hormonal process. Many of the therapeutic agents for heart failure target neuro-hormonal pathways, but few if any target inflammatory pathways," said Sula Mazimba, MD, MPH, a UVA School of Medicine researcher and cardiologist specialising in heart failure.

"Colchicine is a medication that has anti-inflammatory properties that could potentially attenuate the heightened inflammation that we see in patients who are hospitalised with heart failure."

Patients with heart failure also frequently have gout, a type of arthritis caused by a build-up of uric acid crystals in the joints, according to UVA.

Common treatments for gout include colchicine, steroids and non-steroidal anti-inflammatory drugs (NSAIDs) such as aspirin and ibuprofen, but steroids and NSAIDs are not typically given to heart failure patients because of their potential to worsen heart failure symptoms, the researchers said in a statement.

"We're very excited about these findings, especially given that colchicine is already a widely available medication," said Mary E Roth, PharmD, a researcher and cardiovascular clinical pharmacist at UVA Health. "If additional studies confirm the results, colchicine could be another tool we can utilise to improve the survival of our heart failure patients."