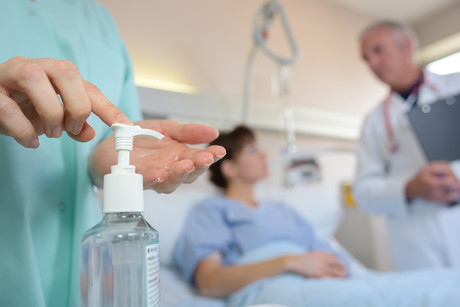 Australia’s public hospitals are exceeding the national target for reducing golden staph bloodstream infections, with a stable infection rate reported for the last five years. The findings are published in the Australian Institute of Health and Welfare’s (AIHW) report ‘Bloodstream infections associated with hospital care 2018–19’.

“Rates of SAB infections differed among the states and territories, but all jurisdictions had rates below the national benchmark of 2.0 cases per 10,000 days of patient care.

“Overall, the majority (82%) of SAB infections were treatable with commonly used antibiotics, while the remainder (18%) were antibiotic resistant,” Dr Webster said.

According to the report, the proportion of cases treatable with commonly used antibiotics increased from 78 to 82% in the five years leading up to 2018–19 and the number of SAB infections that were antibiotic resistant fell between 2014–15 and 2018–19 from 331 to 277 cases.

“In hospitals, Staphylococcus aureus bacteria are most commonly transmitted via the hands of healthcare workers,” Dr Webster said.

“There are many initiatives in place to reduce the occurrence of SAB infections and other hospital-acquired infections, including the National Hand Hygiene Initiative, which aims to educate and promote standardised hand hygiene practice in all Australian hospitals.”

NSW Ambulance has announced a plan to temporarily introduce paramedic students to out-of-hospital...

Australian ICUs will be at overcapacity by 5 April, says modelling study

Modelling published by the Medical Journal of Australia suggests that Australian...

The TGA has published amendments to the Standard for Disinfectants and Sanitary Products (TGO...

Australians unprepared for digital and telehealth

X-rays can now tell us about soft tissues

COVID-19 vaccine testing commences Down Under