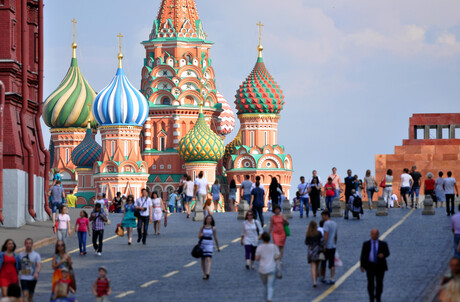 Australian experts have responded to reports that Russia has approved a COVID-19 vaccine known as Sputnik V for widespread use after less than two months of human testing.

Russian President Vladimir Putin announced the Russian regulator had approved the vaccine developed by the Gamaleya Research Institute of Epidemiology and Microbiology in Moscow, despite the drug yet to complete any large-scale stage 3 trials.

Health experts around the world have expressed their concerns about the safety and efficacy of the viral vector vaccine, including those in Australia.

Paul Griffin — Director of Infectious Diseases at Mater Health Services, Associate Professor of Medicine at the University of Queensland, and Medical Director and Principal Investigator at Q-Pharm, Nucleus Network — recommends the world remain sceptical of the vaccine.

“While the recent announcements are potentially very exciting, the information supplied to date on the vaccine, and the trial results that support its use, have been lacking.

“Vaccine development is certainly progressing at a rate faster than ever seen; however, it is important that we do not compromise any of the usual checks or balances that support progression, initially from pre-clinical to clinical trials, and then through each of the phases of clinical trials. While this may seem to be an arduous process, it exists for a reason such that for a vaccine to be approved, we can be completely confident of both its safety and efficacy.

“Since the pandemic began, we have seen many preliminary and unsubstantiated reports of drug as well as vaccine efficacy, and while the need for therapies and vaccines for a pathogen has never been greater, to inform our decision to approve or utilise any of these products, we still need robust evidence to be able to make these decisions. And again for this vaccine, I have not yet seen this evidence.

Professor Nikolai Petrovsky at the College of Medicine and Public Health at Flinders University said, “It is positive to see multiple COVID-19 vaccines steadily advancing through human trials, although no vaccine has yet to definitely show efficacy against human disease. A key challenge is at what stage a vaccine should be authorised for more general use.

“The key point is that a general marketing authorisation that would allow a vaccine to be used indiscriminately across entire populations of hundreds of millions of people should never be issued without first confirming safety and effectiveness in each specific population in which it is going to be used. This would generally require a large phase 3 clinical trial with completely open recruitment, ie, no exclusions, or a series of large phase 2 trials looking at each specific population.

Professor Petrovsky said that other advance mechanisms include emergency use authorisation, which specifies the exact circumstances in which a vaccine can be legitimately used outside of a formal clinical trial, such as to target specific outbreaks or to provide access to frontline medical staff.

“It is still not clear to what extent the Russian authorisation is open-ended or contains such limitations. For example, does it allow the use of the Sputnik vaccine in children or immune-suppressed individuals in which it could be highly dangerous?

“We can only hope that Russian authorities have the sense to impose tight restrictions on their vaccine’s use, as otherwise, this vaccine could cause serious harm, not just to those who receive the vaccine, but to COVID-19 vaccine programs more generally.”

A leading expert in vaccine development, Professor Magdalena Plebanski, is Director of the Biomedical and Health Innovation Enabling Capability Platform and Head of the Translational Immunology and Nanotechnology Program at RMIT University. She supported the argument that it’s difficult to know without further information how safe or effective this new vaccination strategy is.

“It is based on other currently leading strategies worldwide using the adenovirus, so that is a plus. But concerns remain. For example, if the initial small trials were only done in healthy adults, how would this vaccine protect and affect older adults, who have a different immune system from younger adults? Or how could it affect potentially vulnerable groups with already overactive immune systems, such as people with a predisposition to asthma or other respiratory inflammatory diseases?

“Rolling out a vaccine to everybody without additional tests is risky. Moreover, it’s one thing to find antibodies present in blood, it’s another thing completely to know that they protect against the virus in the body.

Professor Plebanski explained that in-depth immunological studies could provide some reassurance. This would involve investigating precisely how antibodies recognise the virus, and once they have done so, how they signal the rest of the immune system to eliminate it.

Dr Roger Lord — medical sciences lecturer with the Faculty of Health Sciences at The Australian Catholic University and Research Fellow with The Prince Charles Hospital in Brisbane — said, “Russia’s move to large-scale manufacture before phase 3 trials have been completed has been described as reckless and unethical and may represent a mixture of anxiety and desperation to control an increasing number of cases and deaths caused by SARS-CoV-2.

“Conversely, marketing the vaccine as Sputnik V does suggest a propaganda exercise at a time when results are being reported for other vaccine candidates, which are in more advanced stages of development such as the Oxford vaccine. Clinical trial data for the Russian vaccine is not available for scrutiny so it is difficult to verify claims of safety or possible adverse effects and suspect more harm will come from this approach than progress to control SARS-CoV-2.”