Fever in pregnancy confirmed as source of heart, face defects 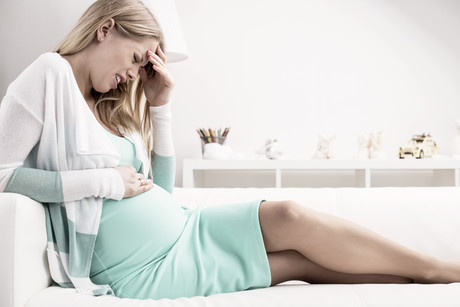 While it has been known for a long time that fever in early pregnancy increases the risk of a baby being born with defects, scientists can now confirm that it is the fever, rather than another underlying complication, that is the source of the defects.

Duke Health researchers have evidence indicating that fever is what interferes with the development of the heart and jaw during the first three to eight weeks of pregnancy, leading to some heart defects and facial deformities such as cleft lip or palate. The type of defect depends on whether the fever occurs during heart development or head and face development, although how the severity and duration of fever impacts development is not yet known.

The results suggest a portion of congenital birth defects could be prevented by lowering the mother’s fever with the judicious use of acetaminophen during the first trimester, said senior author Dr Eric Benner, PhD, a neonatologist and assistant professor of pediatrics at Duke.

“My hope is that right now, as women are planning to become pregnant and their doctors advise them to start taking prenatal vitamins and folic acid, their doctor also informs them if they get a fever, they should not hesitate to call and consider taking a fever reducer, specifically acetaminophen (Tylenol), which has been studied extensively and determined to be safe during the first trimester,” Benner said. “While doctors advise most women to avoid any drug during pregnancy, there may be benefits to taking acetaminophen to reduce fever. Women should discuss all risks and benefits with their doctors.”

Benner cautions that nonsteroidal anti-inflammatory drugs (NSAIDs) such as ibuprofen and aspirin also reduce fevers, but some NSAIDs are not safe to use during the later stages of pregnancy. There is also ongoing debate over whether sustained use of acetaminophen is safe during pregnancy to manage ongoing conditions such as arthritis, Benner said.

“However, its judicious use for an acute problem such as fever is considered safe. These findings suggest we can reduce the risk of birth defects that otherwise could lead to serious health complications requiring surgery,” he said.

Their findings have been published in the journal Science Signaling.