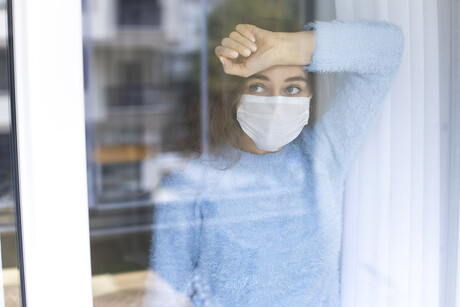 That’s the latest advice from behavioural economist Dr Stephen Whyte, who recently analysed the impact of personality traits on regulatory cooperation, with co-workers at the Queensland University of Technology (QUT).

Regulatory compliance — one of the most crucial means of curbing the pandemic spread until a vaccine or therapy is approved — is less likely among extroverted personalities, the research found. In total, five different personality types were analysed, as per the ‘five factor model’ well known in the field of psychology.

“It is harder for extroverts to obey COVID-19 regulation than other personalities. Not because of a tendency to rebel, but because — without stating the obvious — isolation and reduced social activity goes against the grain of their character,” Dr Whyte said.

“Extroverts naturally gravitate towards social environments and will find it far less comfortable and sustainable to carry out self-directed isolation for long periods of time, as per Premier Andrew’s policies.

“We can all betray our personality traits for a short time, but anything longer than a week or two and we start to find it untenably difficult. Take your average New Year’s resolution as an example. It is easy for us to go on a diet or regularly attend the gym at first, but by mid-January most of us have given up and moved on,” he added.

Compounding this, Dr Whyte believes extroverted personality types may be rife in Victoria — with the state widely recognised as Australia’s entertainment capital, and attracting a large pool residents on the basis of its social scene.

“Victoria is arguably the arts, food and sporting capital of Australia, and it is little surprise that its population enjoys engaging in an ‘extroverted’ person-to-person contact lifestyle,” he said.

To this end, Dr Whyte believes overly stringent or self-regulated policies, rolled out over a long-term period, may not be as effective in Victoria.

“Compared to other countries, our quarantine and social distancing regulation has been quite strict. For example, some European countries are only required to quarantine or self-isolate for seven days, whereas here it is fourteen.”

“I think we need to be realistic about what we can expect at a population level, and create policies which factor in the ‘big five’ personality types.

“In the same way that a diet needs to be realistic for people to stick to it long term and generate weight loss, so too does COVID-19 regulation need to be sustainable for everyone involved.

“If it proves too difficult, people will give up — either consciously rebelling or subconsciously not being stringent enough with their approach,” he concluded.