Extra-medical opioid use is costing Australia 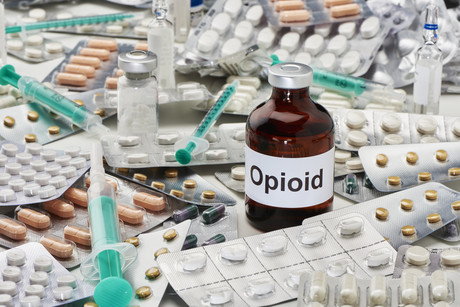 National Drug Research Institute (NDRI) at Curtin University in Perth has released the first national update on the cost of opioids in 13 years — it’s not a pretty picture. The new national estimate on the social and economic costs of opioid use shows that ‘extra-medical’ use of opioids is costing Australia around $15.7 billion and causing more than 2200 deaths a year.

Extra-medical opioid use includes the illegal use of heroin and the misuse of pharmaceutical opioids (use ‘not as prescribed’).

The research based on data from the 2015–2016 financial year found that extra-medical opioid use was responsible for:

The cost is substantially higher than the 2007 estimate of $4.75 billion, with the inclusion of intangible costs accounting for much of the difference.

NDRI’s Professor Steve Allsop said an estimated 645,000 Australians had engaged in extra-medical use of opioids in the 12-month period covered by the research.

“Extra-medical use of opioids is likely to result in adverse outcomes that require the use of health services, reduce work productivity, or result in contact with the criminal justice system,” he said.

“The rate of opioid-related deaths has increased over the past two decades. With most deaths occurring in early to mid-life, that represents a huge cost to Australian society. This cost underlines the importance of the recent investments in strategies to address this growing problem, including investment in a national overdose strategy and real-time monitoring systems.”

NDARC’s Professor Louisa Degenhardt explained that since the peak of the ‘heroin crisis’ in the late 1990s, the types of opioids being used have changed.

“It is concerning that people are being prescribed opioid medications for chronic pain when there is little evidence that opioids are effective for these conditions,” she said.

“Improving access to opioid treatment programs as well as overdose prevention medications could help reduce the cost of extra-medical opioid use in Australia,” she said.

The research report Quantifying the Social Costs of Pharmaceutical opioid misuse and illicit opioid use to Australia in 2015/16 is available here.