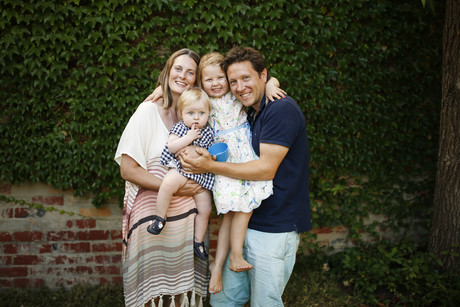 When Stella Davis was diagnosed with a germ cell tumour aged 20 months, the news left her parents Lara MacEwen and Mark Davis numb.

Stella was one of the first children in Melbourne to undergo fertility preservation and at the time Ms MacEwen said she viewed it as one of the many procedures her daughter endured.

Now, doctors treating children with life-threatening illnesses have a new tool to help them grapple with the tough ethical questions surrounding fertility preservation for their young patients.

“There is a new technique that aims to preserve children’s fertility, but it is ethically complex because it is unproven,” Dr McDougall said.

“This is a crisis in each family’s life and it can be quite challenging for the doctors too.”

Working with the bioethics team and medical staff at Melbourne’s Royal Children’s Hospital, Dr McDougall and her colleagues developed what is believed to be the world’s first ethical framework to support doctors when deciding whether to offer fertility-preserving procedures to children.

This procedure involves removing and then freezing a sample of ovarian or testicular tissue. When the child grows up it might be possible for the tissue to be re-implanted and to develop sperm or eggs.

The Royal Children’s Hospital is one of just 26 hospitals around the world that offers such procedures to pre-pubertal girls and 16 hospitals that offer it to boys.

Dr McDougall said the framework, published in the Journal of Medical Ethics, grew from a series of questions that repeatedly arose with doctors working with childhood cancer patients.

“We hope this tool will help hospitals consider whether it is appropriate to offer this procedure and remind them of the importance of focusing on individual children and the benefits or burdens for them,” Dr McDougall said.

Stella, now aged six, has been in remission for three years and has a little sister, Tilda. “You do whatever you can to give your child the best chance of living a normal life,” said Ms MacEwen. “It’s very comforting knowing that Stella’s tissue is in storage for the future. We are very grateful to Stella’s oncologist Michael Sullivan for persevering in his efforts to make fertility preservation available to her before it became standard practice.”