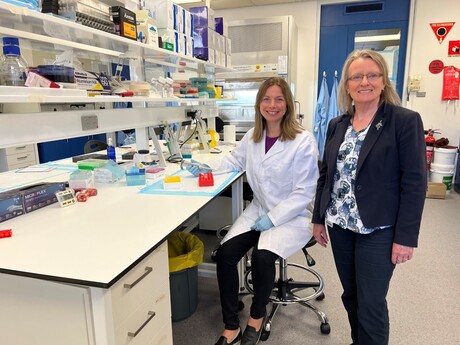 Labour and natural childbirth cause stress on a mother’s body but an emergency caesarean is associated with even more inflammatory gene expression in the placenta, according to a new study.

Led by Flinders University’s Pregnancy Health and Beyond (PHaB) Lab and other researchers, the study investigated differences in placenta inflammation markers after delivery of both male and female babies involved in 20 emergency caesarean procedures — compared with 40 placentas from vaginal (or ‘natural’) deliveries and 10 placentas from an elective C-section at an Adelaide public maternity hospital between 2006 and 2018.

“Labour is an inherently inflammatory process, so if you have a planned or pre-labour caesarean section there will be less inflammasome activation than seen in an emergency C-section in a woman already in labour or in an unassisted vaginal birth,” said Dr Anya Arthurs, the lead author of a new article in Frontiers of Immunology.

“In births where labour is involved, there is more inflammatory gene expression in the placenta if you had an emergency caesarean section compared to a vaginal birth.

“This study also indicates that babies, in particular females, could be more compromised in their development and long-term health and wellbeing after an emergency C-section.”

“One explanation for this could be our finding that placentas from baby boys tend to put out ‘alarm signals’ (known as ‘interleukin-33’) in times of fetal distress, which we didn’t see in the placentas from baby girls. This could help to mitigate the amount of inflammation.” Overall, assessment of inflammatory gene expression in the placenta could be used to identify babies who have been exposed to higher-than-normal levels of inflammation at birth, and so create incentives to monitor their development and long-term health and wellbeing more closely, the researchers concluded.