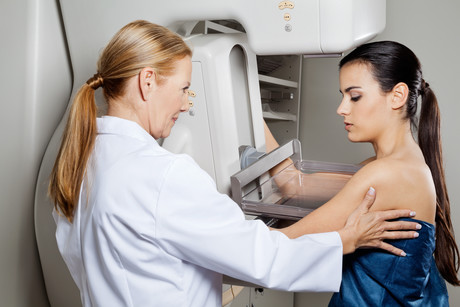 Early detection, more personalised decision-making and prevention strategies for carriers of the BRCA1 or BRCA2 gene mutations are now possible, thanks to a long-term study that followed almost 10,000 women for up to 20 years.

The study, which has provided the clearest picture yet of the long-term breast and ovarian cancer risks for women who have inherited an abnormality in these cancer-risk genes, included major contributions from Australian women and was co-led by Peter Mac, University of Melbourne and Cancer Council Victoria researchers.

“This study provides us with much more precise information about cancer risks for carriers, and will help personalise decision-making about the use and timing of prevention strategies such as medication, surgery and changing lifestyle factors,” said study co-author and founder of the Peter Mac Breast and Ovarian Cancer Risk Management Clinic, Prof Kelly-Anne Phillips.

The study, published in JAMA: The Journal of the American Medical Association, is substantially larger and more powerful than previous prospective studies. The findings are also considered more reliable than results of retrospective studies.

“Research into this question of risk associated with BRCA1 and BRCA2 mutations has been dominated by retrospective studies which group together past cases of cancer — a study design we know to be prone to unintended biases and to produce less credible results than a prospective study,” said Prof Phillips, who is also a Fellow of the National Breast Cancer Foundation.

Important findings that should change the way prevention strategies are offered to women with these gene mutations include:

For both cancers, a woman’s family history influenced the risk — in other words, a carrier who had one or more relatives with breast cancer is at higher risk than a carrier of the same mutation with no family history.

The specific location of the abnormality within the gene also influences the cancer risk.

Further analysis of data from this study will examine whether modifiable lifestyle-related factors — such as timing of pregnancies, contraceptive use, use of hormone replacement medication, or alcohol and smoking — can influence the risk of cancer for these women.

“What we think this study will ultimately show is that breast and ovarian cancer is not caused solely by a woman’s genes, or by her environment, but by a combination of both,” said co-lead author Professor John Hopper, from the University of Melbourne’s Centre for Epidemiology and Biostatistics at the Melbourne School of Population and Global Health.

“Understanding the modifiable risk factors that influence whether women with BRCA1 or BRCA2 mutations go on to develop cancer will allow us to further improve advice and tailor effective cancer prevention strategies.”

The study co-author and Head of the Cancer Epidemiology & Intelligence Division at Cancer Council Victoria, Associate Professor Roger Milne, also said: “By combining Australian data with those from other similar studies conducted internationally, we will be able to more definitively determine what women carrying these mutations can do to reduce their cancer risk.”

Commenting on the study results, the National Breast Cancer Foundation’s Director of Research Investment Dr Alessandra Muntoni said: “The strength of this study is that it provides a more robust estimate of the level of risk in carriers of BRCA1 and BRCA2 gene mutations. There is now more certainty about their ongoing risk, which helps to refine the framework for early detection, ultimately saving more lives.”