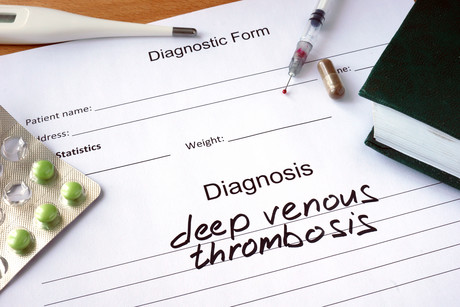 New kinds of blood thinners are signalling changes to the treatment of deep vein thrombosis (DVT) and a potential reduction in risk of blood clots, a review has found.

Alfred Health General Medicine Deputy Director Associate Professor Harry Gibbs and co-authors examined the latest recommendations for the treatment of DVT in an article for the journal Australian Prescriber.

The authors said that a new kind of blood thinner was changing the way DVT was treated and that more people should consider long-term use of these newer blood thinners to reduce the risk of DVT.

“Deep vein thrombosis occurs when a blood clot forms in a deep vein in your body, usually in the leg,” Associate Professor Gibbs said.

“It can be dangerous if it breaks loose and lodges itself in your lungs.

“People who have had DVT have a higher risk of having another one.

“Using blood thinners reduces the risk of recurrence by 80% but comes with a risk of bleeding.”

New blood thinners such as rivaroxaban and apixaban had a lower risk of bleeding compared to warfarin, the old standard in blood thinner treatment for DVT, the authors said.

Also, unlike with warfarin, there was no need to inject blood thinners at the start of treatment. There was also no need for frequent blood tests.

“In the past, only the people at highest risk of DVT used warfarin in the long term, despite the risk of bleeding, to reduce their risk of DVT,” Associate Professor Gibbs said.

As with all treatments, for every patient the benefits of using blood thinners needed to be weighed up against potential harm, the authors said.