Drug may reduce contraceptive effectiveness, but many unaware 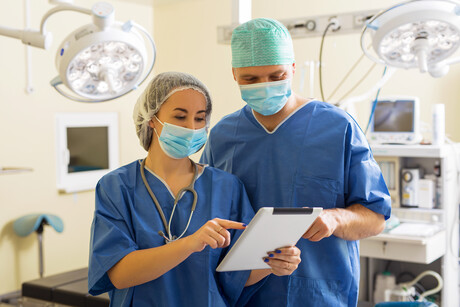 Women undergoing operations are not being routinely informed that a common anaesthetic may make their contraception efforts less effective, according to UK doctors.

The drug, sugammadex, is widely used in anaesthesia and is known to interact with the hormone progesterone, a main component of hormonal contraceptives, including the pill, implants and IUDs. Administered towards the end of the operation, ahead of waking the patient up, the drug reverses the action of drugs given earlier in the procedure to relax the patient’s muscles.

The researchers surveyed 150 health professionals in a UK hospital and found that 70% of the respondents said they do not routinely discuss the drug interaction with their patients. Additionally, of the 48 patients given sugammadex while on a hormonal contraceptive during the researchers’ six-week audit, none had medical records referring to have spoken about it. This is according to research presented at Euroanaesthesia, the annual meeting of the European Society of Anaesthesiology and Intensive Care (ESAIC) in Milan, Italy.

In the experience of the authors, robust methods for identifying at-risk patients and informing them of the associated risk of contraceptive failures is not common practice across anaesthetic departments within the UK, and likely further afield. To find out more, Dr Neha Passi, Dr Matt Oliver and colleagues at the Department of Anaesthesiology, University College London Hospitals NHS Foundation Trust, London, UK, surveyed consultants, junior doctors and physician assistants. 94% of the 82 anaesthetists who responded said they were aware of the risk of contraceptive failure. 70% of respondents said they do not routinely discuss sugammadex with the patients who have received the drug. 234 patients were administered sugammadex during the six weeks covered by the audit. 65 (28%) of the patients given sugammadex were WCBA and 48 of these should have received advice on the risks of contraceptive failure. There was no record of it, however, in the medical notes of any of the 48 women. (The other 17’s medical history meant they weren’t at risk of pregnancy and so not eligible for the advice.)

Dr Passi said, “It is concerning that we are so seldom informing patients of the risk of contraceptive failure following sugammadex use.

“Use of sugammadex is expected to rise as it becomes cheaper in the future, and ensuring that women this receiving medicine are aware it may increase their risk of unwanted pregnancy must be a priority.”

“We only studied one hospital trust but we expect the results to be similar elsewhere in the UK,” Dr Oliver said.

Dr Passi said it is important to note, however, that most patients receiving an anaesthetic do not need a muscle relaxant2 and that sugammadex is one of several drugs available to reverse muscle relaxation.

In response to their findings, the study’s authors have created patient information leaflets and letters and programmed the Trust’s electronic patient record system to identify ‘at-risk’ patients and deliver electronic prompts to the anaesthetists caring for them in the perioperative period. Sugammadex is the only anaesthetic drug known to have this effect, according to the doctors.