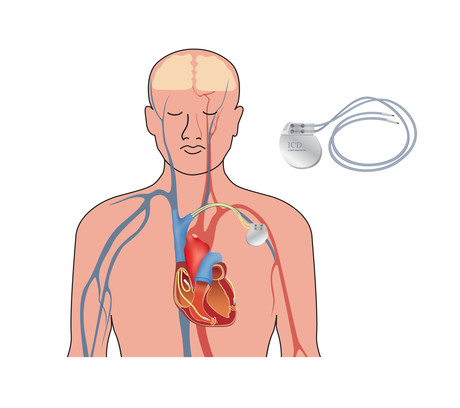 There has been a dramatic increase in the number of implantable cardioverter defibrillators (ICDs) inserted in patients over the past decade, at a cost of almost $155 million a year. More than 75% of procedures were in men.

A new Australian study has analysed the data from the National Hospital Morbidity Database to determine the number of ICD procedures by year, patient age and sex, and to estimate age group-specific population rates and associated costs.

The researchers, led by Dr Jodie Ingles, Head of the Clinical Cardiac Genetics Group at the Centenary Institute, found that the number of ICD procedures increased from 1844 in 2002–03 to 6504 in 2014–15.

“The reported complication rate decreased from 45% in 2002–03 to 19% in 2014–15, partly because of a change in the coding of complications [from ‘severe and catastrophic’ to ‘catastrophic’ only]. The number of removals corresponded to at least 4% of the number of insertions each year.

In terms of specific ICD procedures, the authors found:

“It is unclear whether the overall increase in procedure rates reflected an increasing need for ICD therapy, or was a direct result of increased awareness of risk factors for sudden death,” Ingles and colleagues wrote.

“A patient-centred approach to care, including discussing the benefits and risks of ICD therapy with the patient and their family, is essential. The proportion of women among patients undergoing ICD procedures is relatively small (about 20%); the possibility that ICD therapy is underused in female patients should be investigated.”

The authors were surprised by one set of results in particular — the increased rate of ICD removals. “The most frequent reasons for ICD removal are post-surgical infection (clinically accepted infection rate: 1%), device malfunction, misdiagnosis of a heart condition, or lack of clinical benefit,” they wrote.

“The unexpectedly high rate of removals we found should be a priority for investigation.”

The research has been published in the Medical Journal of Australia.