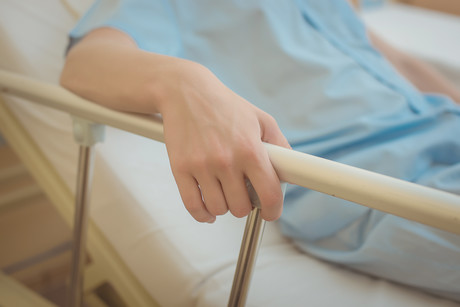 A study has found that intensive care unit (ICU) copper hospital beds harbour 95% fewer bacteria than conventional hospital beds, maintaining these low-risk levels throughout a patient’s stay in hospital. The research is published in Applied and Environmental Microbiology, a journal of the American Society for Microbiology.

Hospital-acquired infections are the eighth-leading cause of death in the US and hospital beds are among the most contaminated surfaces in patient care settings.

“Despite the best efforts by environmental services workers, they are neither cleaned often enough, nor well enough.”

Until recently, patient beds incorporating copper surfaces — long known to repel and kill bacteria — have not been commercially available. Knowledge of copper’s antimicrobial properties dates back to ancient Ayurveda, when drinking water was often stored in copper vessels to prevent illness. In the modern medical era, numerous studies have noted copper’s antimicrobial properties. However, until recently, no-one had designed acute-care hospital beds that enabled all high-risk surfaces to be encapsulated in copper.

“Based on the positive results of previous trials, we worked to get a fully encapsulated copper bed produced,” Dr Schmidt said.

“We needed to convince manufacturers that the risk to undertake this effort was worthwhile.”

The in situ study compared the relative contamination of ICU beds outfitted with copper rails, footboards and bed controls with traditional hospital beds with plastic surfaces. Nearly 90% of the bacterial samples taken from the tops of the plastic rails had concentrations of bacteria that exceed levels considered safe.

With the advent of copper-encapsulated hospital beds, dividends will likely be paid in improved patient outcomes, lives saved and healthcare dollars saved.