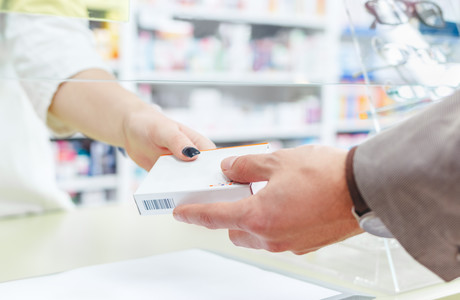 The move to prescription-only codeine in Australia has seen a 50% reduction in the monthly rate of codeine-related poisoning calls and halved codeine sales, according to new research published in the journal Addiction.

Codeine is an opioid drug often found in painkiller and cold and flu medication, or cough mixtures. It used to be the most commonly used opioid analgesic in Australia, with consumption exceeding that of the United States despite Australia having a population 7% the size of the US.

“There are serious concerns about the long-term use of codeine, both in regard to dependence issues and general health,” said lead author Dr Rose Cairns, from the University of Sydney and NSW Poisons Information Centre (NSWPIC).

“The doses of codeine previously available over the counter were not very effective, yet can still lead to opioid dependence and side effects. In addition, genetic differences mean there is wide variability in how people respond to codeine.”

The February 2018 changes followed a lengthy consultation and mean that people needing low-strength codeine must now first obtain a prescription from their GP or healthcare provider. Senior author Professor Nicholas Buckley, from the University of Sydney, said the changes belatedly bring Australia in line with most other countries in regards to codeine availability.

“Australia has had a 50% increase in overall poisoning deaths in the last decade. A systematic strategy to address the causes of the rise in fatal poisoning is urgently needed,” Prof Buckley said.

Now, in what is believed to be the first peer-reviewed research to examine the short-term implications of the removal of over-the-counter sales of low-strength codeine, researchers from the University of Sydney, NSWPIC and UNSW have looked at intentional poisoning and purchase behaviour by analysing call data from NSWPIC — Australia’s largest poisoning information centre — and national sales data from IQVIA, via Mundipharma.

In the 12 months following the changes, the researchers found:

After 14 months, they found:

Dr Cairns said the data paints a positive picture of the impact of the legislative changes, stating, “We saw a massive and abrupt reduction in codeine poisonings following the 2018 move to prescription-only sales.

“Interestingly, and despite what many predicted, we didn’t see an increase in poisonings with higher-strength codeine or stronger opioids, so it really is a good news story.

Prof Buckley added, “This study and also similar results with the recent changes to the availability of anxiety medication alprazolam demonstrate how effective simple interventions could be in tackling this epidemic.”