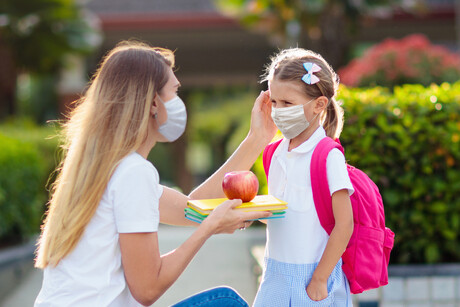 New research from the UK has debunked the claim that children are ‘super-spreaders’ of COVID-19, and the authors confirm it is now safe to send children back to school.

Drawing on a series of international studies, the researchers said there is now strong evidence that children are either less likely to become infected than adults or that the virus may emerge as a more transient upper respiratory infection with minimal viral shedding. This would mean children are less capable of infecting others.

“At the current time, children do not appear to be super spreaders […] Governments worldwide should allow all children back to school regardless of comorbidities,” write authors Dr Alasdair Munro and Professor Saul Faust, from the University Hospital Southampton NHS Foundation Trust.

Although there have been very few hospital admissions, globally, for young children infected with COVID-19, concerns had been circulating that children may be spreading the virus while asymptomatic. Early data seemed to support this.

“Early contact tracing data from Shenzhen, China, appeared to confirm a role for children in transmission. Although apparently presenting with more benign disease or even without symptoms, similar attack rates were found in children and adults in individual households,” said the authors.

Given young children’s tendency to lack rigour when it comes to strict infection control measures (including social distancing and flagging subtle symptoms), this outcome could have proven disastrous — allowing the virus to spread silently, rapidly and at great volume.

However, later studies have since refuted these claims, the authors highlight.

Overseas, widespread community testing in countries such as South Korea, Iceland, Italy and Japan have found that children are significantly underrepresented in the overall case numbers.

In New South Wales, nine COVID-19-infected children failed to transmit the virus to any other person in their school, consisting of 735 students and 128 staff.

In the absence of high-quality sero-surveillance data (estimates of antibody levels), no firm conclusions can be drawn yet, but the strength of the evidence so far should give us enough confidence to re-open schools, the authors argued.

“Sero-surveillance data will not be available to confirm or refute these findings prior to the urgent policy decisions that need to be taken in the next few weeks such as how and when to re-open schools,” they wrote.

The researchers also addressed the recent reports of a new Kawasaki-like vasculitis, which some believe could be linked to COVID-19.

They concluded that, although potentially serious, these case rates are as low as other infectious syndromes which do not cause schools to be closed.