Blood cancer burden on the rise 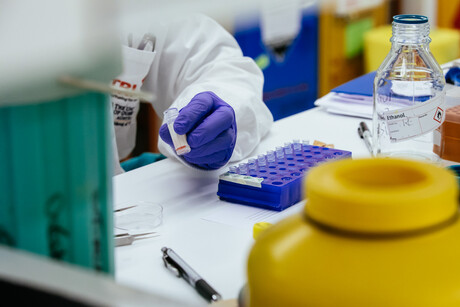 Blood cancers are now the second most diagnosed cancers in Australia and the second most common cause of cancer-related deaths, according to alarming figures released by the Leukaemia Foundation. 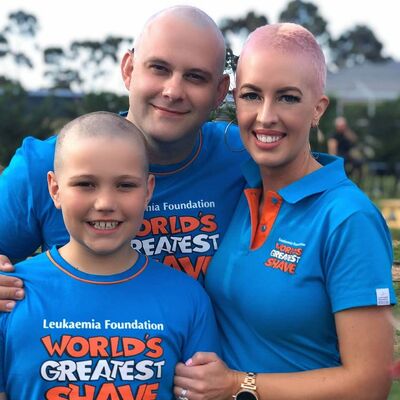 “These new findings confirm that we really are dealing with some of the nation’s most diagnosed and deadly cancer killers — and that there is simply no time to waste to cure and conquer blood cancer,” he said.

“Last year alone, 17,321 people were diagnosed with a blood cancer such as leukaemia, lymphoma or myeloma, and we know that come 2035, more than twice as many Australians will be diagnosed with one annually — which means more people than ever are going to be seeking the Leukaemia Foundation’s support into the future.”

With the Leukaemia Foundation continuing to face a devastating shortfall of donations due to the impact of COVID-19, those taking part in this year’s World’s Greatest Shave will make an extraordinary difference by fundraising towards a collective target of $15 million.

Now in its 23rd year, the campaign is the single biggest source of revenue for the organisation since it started in 1998 as Shave for a Cure.

“There has never been a more vital time to get behind the World’s Greatest Shave to raise much-needed funds for the Leukaemia Foundation to continue answering the call of families across the country impacted by this complex set of diseases,” Tanti said.

In Australia today, 47 Australians will be told they have a blood cancer, and 15 people will lose their battle with the disease, with blood cancer claiming the lives of more than 5600 people each year. Blood cancer also continues to remain the most commonly diagnosed childhood cancer, accounting for over 40% of all diagnoses.

“As we lead into World Cancer Day this Thursday, we gain a clearer understanding through these latest figures [of] the enormous size, scale and impact of blood cancer. You only have to mention leukaemia, lymphoma or myeloma and you’ll soon come across someone who’s faced blood cancer themselves, or who knows and loves someone who’s been diagnosed,” Tanti said.

“Blood cancer symptoms can sometimes be subtle or similar to other conditions such as a virus, often making it a silent disease that can be tricky to catch — but if it remains unchecked, the consequences can be devastating.

“That is why we are urging Australians not to postpone trips to their doctor and to address any health concerns immediately. Ongoing symptoms such as recurrent infections, increased fatigue or bruising or enlarged lymph nodes should be urgently discussed with your GP.”