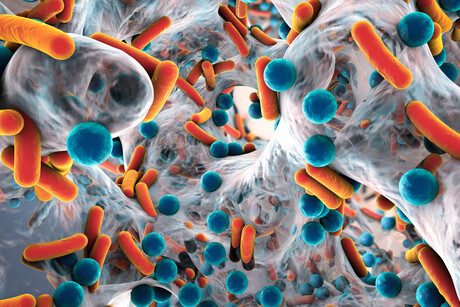 More than 1.2 million people — and potentially millions more — died in 2019 as a direct result of antibiotic-resistant bacterial infections, according to a comprehensive analysis of the global impact of antimicrobial resistance (AMR).

Antimicrobial-resistant infections played a role in 4.95 million deaths, becoming a leading cause of death worldwide, higher than HIV/AIDS or malaria, according to analysis of 204 countries and territories, published in The Lancet. It shows that many hundreds of thousands of deaths now occur due to common, previously treatable infections — such as lower respiratory and bloodstream infections — because the bacteria that cause them have become resistant to treatment.

This highlights an urgent need to scale up action to combat AMR and outlines immediate actions for policymakers that will help save lives and protect health systems. These include optimising the use of existing antibiotics, taking greater action to monitor and control infections, and providing more funding to develop new antibiotics and treatments.

The new Global Research on Antimicrobial Resistance (GRAM) report estimates deaths linked to 23 pathogens and 88 pathogen-drug combinations in 204 countries and territories in 2019.

Estimates of the health impacts of AMR have been published for several countries and regions, and for a small number of pathogen-drug combinations in a wider range of locations. However, until now no estimates have covered all locations and a broad range of pathogens and drug combinations.

Of the 23 pathogens studied, drug resistance in six alone (E. coli, S. aureus, K. pneumoniae, S. pneumoniae, A. baumannii and P. aeruginosa) led directly to 929,000 deaths and was associated with 3.57 million. One pathogen-drug combination — methicillin-resistant Staphylococcus aureus, or MRSA — directly caused more than 100,000 deaths in 2019, while six more each caused between 50,000 and 100,000 deaths.

Across all pathogens, resistance to two classes of antibiotics often considered the first line defence against severe infections — fluoroquinolones and beta-lactam antibiotics — accounted for more than an estimated 70% of deaths caused by AMR.

Statistical modelling was used to produce estimates of the impact of AMR in all locations — including those with no data — using 471 million individual records obtained from systematic literature reviews, hospital systems, surveillance systems and other data sources.

Disease burden was estimated in two ways: deaths caused directly by AMR (ie, deaths that would not have occurred had the infections been drug-susceptible and therefore more treatable) and deaths associated with AMR (ie, where a drug-resistant infection was implicated in deaths, but resistance itself may or may not have been the direct cause). Deaths caused by and associated with AMR were calculated for 204 countries and territories and reported for 21 global regions and seven super-regions.

While AMR poses a threat to people of all ages, young children were found to be at particularly high risk, with around one in five deaths attributable to AMR occurring in children aged under five years.

Study co-author Professor Chris Murray, of the Institute for Health Metrics and Evaluation at the University of Washington, USA, said, “These new data reveal the true scale of antimicrobial resistance worldwide and are a clear signal that we must act now to combat the threat. Previous estimates had predicted 10 million annual deaths from antimicrobial resistance by 2050, but we now know for certain that we are already far closer to that figure than we thought. We need to leverage this data to course-correct action and drive innovation if we want to stay ahead in the race against antimicrobial resistance.”

“With resistance varying so substantially by country and region, improving the collection of data worldwide is essential to help us better track levels of resistance and equip clinicians and policymakers with the information they need to address the most pressing challenges posed by antimicrobial resistance. We identified serious data gaps in many low-income countries, emphasising a particular need to increase laboratory capacity and data collection in these locations,” said study co-author Prof Christiane Dolecek, GRAM scientific lead based in Oxford University’s Centre for Tropical Medicine and Global Health and the Mahidol Oxford Tropical Medicine Research Unit (MORU).

The authors acknowledged some limitations to their study. Limited availability of data for some parts of the world, particularly many LMICs, may limit the accuracy of estimates in these locations as this required strong methodological assumptions to be made in the analysis. Combining and standardising data from a wide variety of sources also led to some potential sources of bias, including misclassification of community- or hospital-acquired infections, and inconsistency in the distinction between drug resistant and susceptible infections. There is also the potential for selection bias in passive surveillance systems, and hospital microbial data from LMICs may skew towards more urban populations or more severe disease.