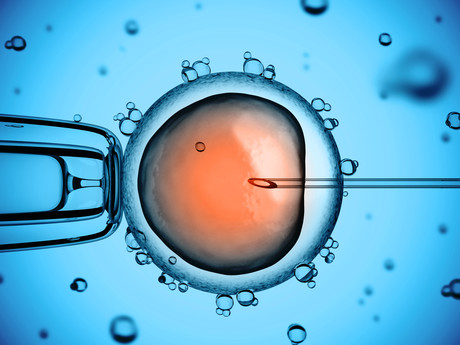 A pilot study investigating the role of antioxidants in early embryo development has won the 2019 Best Basic Science Award at the American Society for Reproductive Medicine’s (ASRM) annual congress, one of the world’s largest assisted reproductive technology (ART) meetings.

The study found that the presence of antioxidants during IVF and embryo culture significantly increased embryo quality during development in the laboratory, and improved embryo transfer outcomes in patients 35 years and older.

A combination of three antioxidants — acetyl-L-carnitine (ALC), N-acetyl-L-cysteine (NAC) and α-lipoic acid (ALA) — was added to embryo culture media to see if they had a beneficial effect on resulting embryos.

Professor David Gardner, Scientific Director at Melbourne IVF and a Distinguished Professor in the School of BioSciences at the University of Melbourne, presented the study findings at ASRM’s 2019 Scientific Congress, held this month in Philadelphia, USA.

“The results show supplementation of antioxidants to culture media improve the viability of embryos, plausibly through the reduction of oxidative stress and hence improving clinical outcomes in older women.

Prof Gardner explained that over the last 30 years he has researched several strategies to protect the embryo during its development in the lab.

“With antioxidants, we have typically focused on one antioxidant at a time. However, more recently we have concentrated on a specific group of antioxidants which work together for greater effect,” he said.

“The benefits of antioxidants are renowned. Antioxidants play a significant role inside our bodies fighting free radicals, but in the laboratory, sperm, eggs and embryos don’t have that luxury.”

Following the results of the pilot study, Prof Gardner is now leading a larger study, a prospective randomised controlled trial (RCT) investigating whether the combination of three antioxidants can play a role in improving the quality of embryos and pregnancy outcome.

The RCT study, available to Melbourne IVF patients who are undergoing IVF or ICSI treatment, has recruited its first 400 patients, with a total patient target of 1200.