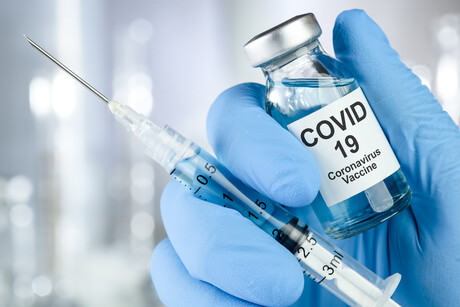 Adelaide-based company Vaxine says it could have a COVID-19 vaccine ready as soon as early 2021, providing all goes well with its human trial phase, which began earlier this month.

The company is testing a recombinant spike protein vaccine — similar to one it produced for the SARS outbreak in 2003 and MERS in 2012.

Although not the first candidate to have entered human trials for the COVID-19 pandemic, Vaxine’s protein-based formula may outpace its competitors — such as adenovirus vector-based vaccines. These are made from live viruses and tend to encounter tolerability issues.

Professor Nikolai Petrovsky, Research Director at Vaxine and a Professor at the College of Medicine at Flinders University, is hopeful that, unlike other vaccine varieties, his protein-based approach will have no issues in gaining regulatory approval.

“The recombinant spike protein method is tried and tested. It forms the basis of many modern vaccines,” he told Hospital + Healthcare.

“Adenovirus vectors and nucleic acid vaccines based on DNA or mRNA, on the other hand, have never been approved for human use in more than 25 years of experimentation.”

Petrovsky also said his solution could be scaled at a sufficient speed to ensure adequate global supply — minimising the long-term impact of the pandemic.

“Some other varieties of vaccine don’t lend themselves to large-scale production,” he continued.

“For example, DNA vaccines needs to be administered by a complex electroporation device — which is costly and time-consuming to deliver. They may also require up to three doses to be effective.”

That means, when a winning formula is found it can be rolled out in a matter of months — and at a rate more affordable to the world’s varying national economies.

The company isn’t waiting for regulatory approval to begin mass production, though.

“We are confident, based on previous experience of using the recombinant spike protein method, that our formula will offer strong and durable protection against COVID-19, without causing any safety issues,” Petrovsky said.

“As such, we have already begun production and will be ready to meet advanced purchased orders as soon as we get regulatory approval.”

Firms such as Novavax, Sanofi and Sequiris are also using the recombinant spike protein method and Petrovsky hopes they too are not far off producing a successful formula.

“There are 7.5 billion people worldwide that need protecting — that’s a lot of vaccine to manufacture and supply.

“If all this demand is going to be met by recombinant spike proteins, then it will be good to have multiple companies working together to meet the demand,” he concluded.