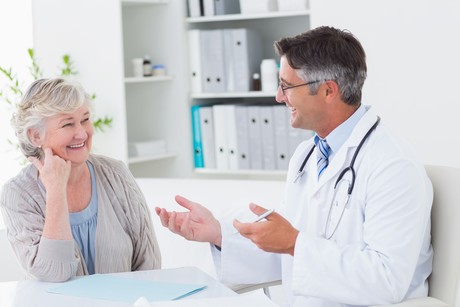 Health practitioners are being asked to help raise awareness of Australia’s ‘hidden affliction’ of chronic wounds during Wound Awareness Week from 15 to 21 July 2018.

Although chronic wounds can be healed, they often go untreated because Australians are ‘blind to wounds’. Many people don’t recognise that when they have a non-healing wound they should immediately seek medical support to treat it.

Chronic wounds cost Australia’s health system $3 billion annually. The number of sufferers is expected to soar due to Australia’s ageing population because people aged 65+ are most at risk.

Wounds Australia CEO Anne Buck said that chronic wounds must be recognised as a serious health issue to safeguard our ageing population.

“Doctors need to educate at-risk patients, to support and empower them, and help raise awareness of chronic wounds,” she said. “People who don’t realise they have a chronic wound can suffer without treatment for years.”

David Templeman lived unknowingly with a chronic wound for most of his life, after injuring his leg playing football in 1970.

While Templeman assumed it was a minor injury, his leg continued to bother him. But it wasn't until February 2017 when he sought treatment after a major flare-up in the same spot that he discovered he’d been living with a venous leg ulcer — which can be treated and healed.

“I wish I knew to ask the question ‘is this a chronic wound?’” he said. “My one piece of advice is that you shouldn’t suffer in silence — if a wound doesn’t show signs of healing within 4 weeks, you need to treat it seriously and seek appropriate medical assistance.”

As part of Wound Awareness Week, Wounds Australia is urging doctors to ‘Talk About Wounds’: encouraging conversations with their patients about wounds that won’t heal so they understand the wound warning signs, who’s at risk and what action to take if they have a chronic wound.