Atrial fibrillation is the new epidemic 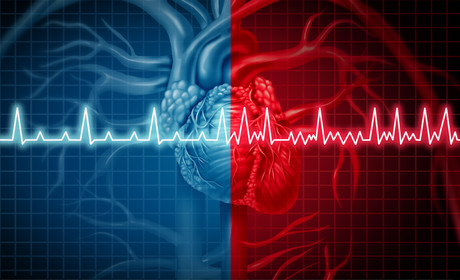 Incidents of atrial fibrillation have increased 295% in the past two decades, surpassing heart attack and heart failure as the major causes of cardiovascular hospitalisation.

This discovery came from analysis of data collected between 1993 and 2013 by the Australian Institute of Health and Welfare. The analysis was designed to establish common cardiovascular condition incidents and trends during this period.

Published recently in the journal Heart, University of Adelaide lead researcher Celine Gallagher found atrial fibrillation had the highest incidence of principal diagnosis in 2013 ahead of heart attack and heart failure, but that back in 1993 the most common causes of cardiovascular hospitalisation had been heart failure, followed by heart attack and atrial fibrillation.

“What our study showed is that over that time period hospitalisations for AF (atrial fibrillation) increased by 295%,” Gallagher said.

“That was compared to 73% for heart attack and 39% for heart failure.”

AF is an irregular, rapid heart rate that can cause heart palpitations, fatigue, shortness of breath and death.

Researchers from the University of Adelaide Centre for Heart Rhythm Disorders found that the rate per annum of atrial fibrillation hospitalisations began at about 15,000 in 1993 and grew at an annual rate of almost 4% to reach 61,000 in 2013.

“It’s not showing any sign of slowing down or going away.”