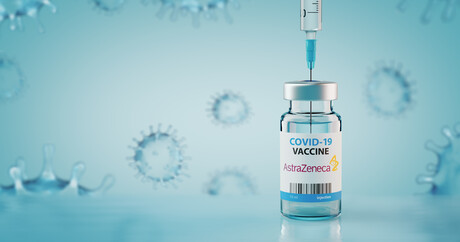 Australians are being reminded that a causal relationship between blood clotting and adenovirus vector-based vaccines has still not been established, and that — should it be — the risk remains far lower than that of common medications.

Paul Griffin, Director of Infectious Diseases at Mater Health, says the government’s decision to recommend Pfizer’s mRNA vaccine as the ‘preferred’ choice for citizens aged below 50 is nothing more than an “abundance of caution”.

So far, just 4–6 per million people administered AstraZeneca’s adenovirus vaccine have developed a rare blood clotting syndrome, suggesting a potential risk rate of 0.00000086%. Fewer still have incurred a severe outcome, or death, as a result of the condition.

This compares with a known blood clotting risk of 0.3–1% for some varieties of the oral contraceptive pill.

“It is important to remember that AstraZeneca’s vaccine is still safe, particularly in the recommended age group,” Griffin told Hospital + Healthcare.

“Given that cases [of rare clotting syndrome] have mainly arisen among younger people — who are less prone to severe illness from COVID — it was relatively easy for governments to make this call [to label Pfizer’s vaccine as ‘preferred’].

“That said, we shouldn’t deter people from using the AstraZeneca formula. While a relationship with rare clotting syndrome is now thought to be likely, a definitive link is yet to be established and, in any case, it looks to be exceedingly rare,” he said.

Although mechanistic explanations for how adenovirus vectors may cause blood clotting have come to light, at this stage they are purely speculative, Griffin added.

“There has been talk about the role of anti-platelet antibodies in generating vaccine induced prothrombotic immune thrombocytopenia (VIPIT). Whilst the case for this is getting stronger, we simply don’t know yet if it’s true,” he said.

Regardless of whether adenovirus vectors are linked to VIPIT, Griffin said the risk–benefit ratio of COVID-19 vaccines should not be forgotten.

“Every therapeutic agent carries some risk of unintended consequences. The potential risks linked to this vaccine pale in comparison to other drugs — they are just more talked about. We still need to push on with the immunisation program and squash this pandemic quickly,” he said.

Others, though, have questioned the risk–benefit ratio of COVID vaccines in Australia, claiming the low probability of viral contraction — or a severe outcome — is too low to warrant even a minute risk. Griffin does not agree.

“Certainly, our control over COVID right now is excellent. But that is not to say it will be the situation forever. The risk still remains. Moreover, by not vaccinating we remain reliant on travel restrictions and snap lockdowns — measures that people are, by now, fairly fatigued from,” he concluded.