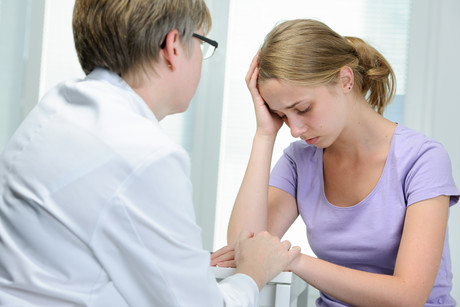 The number of adolescents presenting to emergency departments in New South Wales and Victoria for mental health crises has increased 53% in the past decade, and should serve as ‘canaries in the coalmine’ for the state of community mental health services.

The increase has occurred despite major investment in mental health care over the past decade in Australia, including the national rollout of Headspace centres, according to the authors of an editorial published in the Medical Journal of Australia (MJA).

In commenting on two recent studies published in the MJA, Professor Susan Sawyer and Professor George Patton, from the University of Melbourne, Murdoch Children’s Research Institute and Royal Children’s Hospital in Melbourne, wrote that these findings should raise alarm, and that “the emergency department data reported [recently] should be seen as canaries in a coalmine”.

“Despite major investments in the mental health service system, it is failing to provide alternatives to emergency departments for adolescents in crisis,” they wrote. They also noted that in Australia, national recommendations for more emphasis on prevention “remained unheeded”.

There is a pressing need to understand why, particularly in the context of persisting high prevalence rates, they said.

“Perera and colleagues … [showed that] presentations leading to a primary diagnosis of self-harm, suicidal ideation and behaviour, and intentional poisoning dramatically increased in all age groups, except 0–9-year-olds,” Sawyer and Patton wrote. “The peak age band for presentations was 10–19 years, the group that also experienced the greatest increase in presentation numbers.”

“Hiscock and colleagues … found a disproportionate increase in the numbers of presentations for mental disorders compared with those for physical disorders (46% v 13%). During 2014–15, 77% of these mental health-related presentations were by 15–19-year-olds and 19% by 10–14-year-olds. Self-harm presentations had increased by 53% since 2008–09.”

Sawyer and Patton cited another recent study that concluded that many treatments did not meet minimum clinical standards and were not tailored to help those in greatest need. They also suggested that “more extensive and more frequent surveys of child and adolescent mental health are needed to understand trends in prevalence and important risk factors. Better linkage with health care system data would also provide essential information about service coverage and quality.

“The dramatic increases in the numbers of presentations by adolescents with mental health problems require a commensurate response from emergency departments that does not detract from community services.

“Further, while improving the quality of clinical services is important, it is likely that only effective prevention will ultimately stem the tide of mental health problems in adolescents; this will require greater emphasis on supporting struggling families and disadvantaged communities.”