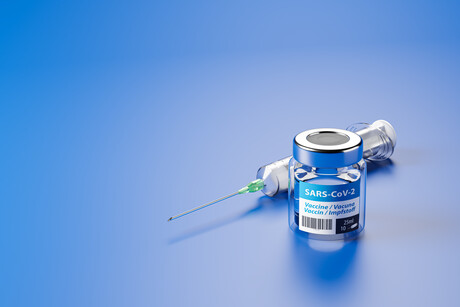 A vaccine expert has dashed hopes of an adenovirus vector-based COVID-19 vaccine coming to market in the next few months — claiming it is unlikely to be effective and, if so, unsafe.

Adenovirus vectors have generated hype in recent weeks, after the University of Oxford became one of the first vaccine developers globally to have reached phase 3 clinical trials, with its adenovirus candidate, known as “ChAdOx1 nCoV-19”.

However, Professor Nikolai Petrovsky from Flinders University said this class of vaccine — which works by infecting someone with live virus cells — is unlikely to be a frontrunner in the race to tackle COVID-19.

“Adenovirus vector-based vaccines have never been licensed for human use in more than 25 years of worldwide experimentation,” he said.

“The problem with this method is that you are treading a fine line. If you don’t give someone a strong enough infection dose with the vaccine virus it won’t have much effect — that is, it won’t be sufficiently ‘immunogenic’.

“Conversely, if you give a high dose of virus to try and get sufficient immunogenicity it could generate unacceptable levels of toxicity. Subjects will then experience symptoms of a bad viral infection.

“If you can’t find that sweet spot — which for some viral vectors simply does not exist — then it’s not viable.”

This constant trade-off between immunogenicity and toxicity is the main reason adenovirus vector-based vaccines have never made it past large-scale clinical trials to date, Petrovsky argued.

When asked why researchers continue to experiment with the adenovirus method, Petrovsky said, “I guess it boils down to the expertise of that particular research institution. If it’s a technology they’ve heavily invested in then they are going to do anything possible to promote its use as a potential solution.”

Petrovsky is currently developing a recombinant spike-protein based vaccine for COVID-19 with his team at Vaxine Pty Ltd and Flinders University. He said this method can take longer but it’s, by far, the most likely to be approved for human use.

“Recombinant spike protein vaccines are tried and tested. They formed the basis of the SARS vaccine we developed in 2005 and a MERS vaccine in 2018.

“Yes, protein-based vaccines traditionally take longer to produce and test than other vaccine varieties, but I would say the ‘hare and the tortoise’ analogy is fitting here. Slow and steady wins the race,” he concluded.