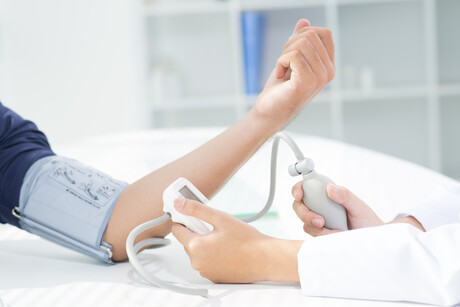 The first large-scale, long-term trial of a new strategy using combinations of very low doses in one capsule has demonstrated significantly improved control of high blood pressure — the leading cause of heart attack and stroke.

A new strategy where patients are started on a pill containing four medicines, each at a quarter of their usual doses, has been shown to be much more effective in getting blood pressure under control, compared to the common practice of monotherapy, where treatment commences with just one drug.

This first large-scale, randomised controlled clinical trial of starting this novel combination blood pressure medication brought blood pressure under control in 80% of participants in 12 weeks, compared to 60% in the control group who nonetheless had access to the best patient care.

Traditionally doctors have started with one drug and then follow up to consider adding or changing treatment — but this strategy is often not successful in practice and blood pressure control rates have remained stubbornly low for decades.

The results of the Australian study published in The Lancet and are being presented at the world-leading European Society of Cardiology conference, ESC Congress 2021.

Professor Clara Chow, lead and corresponding author and Director of the University of Sydney’s Westmead Applied Research Centre, said in a separate Comment in The Lancet this week that control of high blood pressure, known as hypertension, was not ideal anywhere, and in some regions such as Africa, fewer than one in 10 had hypertension under control.

“Statistics on the global burden of high blood pressure this week show that there’s been a doubling in the past 30 years of hypertension cases — the leading cause of the world’s top killer: heart attack and stroke,” Professor Chow said.

Dr Emily Atkins from The George Institute for Global Health*, UNSW Sydney and the University of Sydney said, “In settings with high levels of specialist care and full access to a range of existing blood pressure medicines — like the centres in this trial — the improved reduction in blood pressure with this strategy would be expected to reduce the risk of heart attacks and strokes by about 20%. In settings with little or no existing hypertension treatment, the benefits would be much greater.”

The multi-centre, Australian clinical trial of a potential future ‘quadpill’ dose of four medications, termed Quadruple UltrA-low-dose tReatment for hypErTension (QUARTET), has demonstrated that a single pill containing ultra-low quadruple combination is much more effective than the traditional approach of starting with monotherapy.

The study funded by the National Health and Medical Research Council enrolled 591 participants with high blood pressure either in no treatment or single therapy across 10 centres in Australia. The primary outcome was the significantly reduced blood pressure in the group starting on the quadpill, at 12 weeks. These differences were sustained, with blood pressure control still better with the quadpill approach compared to the standard approach at 12 months, and no differences in side effects.

“This was the first study to show the benefits are maintained long term without any reduction over time. Even though much more add-on blood pressure medicines were used in the comparison group throughout follow-up, they never caught up with the quadpill group.”

Professor Chow said there were still important research questions. “For people who may be having side effects from their current treatments, we would like to know whether a switch to an ultra-low-dose combination can improve things.

“Also, the WHO Hypertension Guidelines released this week, just like other recent hypertension guidelines in Europe, US and elsewhere, recommend most patients start on two blood pressure drugs rather than one. We need to know how that would compare to a quadpill strategy.”

There is also a major research translation challenge ahead: “These kinds of strategies will only make a major impact on global health if they are available and affordable for patients most in need,” Professor Chow said.

“When we find treatments that are this effective, simple and safe we must do our best to get them to those who can benefit most.”

Professor Chow said a simple and effective combination quadpill strategy had potential to impact people’s lives worldwide. “High blood pressure is the leading cause of preventable deaths globally — we hope our world-leading findings will be translated swiftly into a product available for the general public,” she concluded.

The Lancet paper was led by the University of Sydney’s Westmead Applied Research Centre (WARC) in the Faculty of Medicine and Health, with co-authors including The George Institute for Global Health, UNSW Sydney and Imperial College London; University of Western Australia; University of Tasmania; Western Sydney University, UTS Sydney, Monash University and Curtin University.

*The George Institute for Global Health has submitted patent applications in respect of low fixed-dose combination products for the treatment of cardiovascular or cardiometabolic disease, with Professor Rodgers and Professor Chow listed as inventors. Professor Rodgers is employed by The George Institute and seconded part-time to George Medicines. George Health Enterprises (GHE) and its subsidiary, GM, have received investment funds to develop fixed-dose combination products, including combinations of blood pressure-lowering drugs. GHE is the social enterprise arm of TGI. Professor Rodgers and Professor Chow do not have direct financial interests in these patent applications or investments.