1 in 5 pancreatic cancers caused by smoking 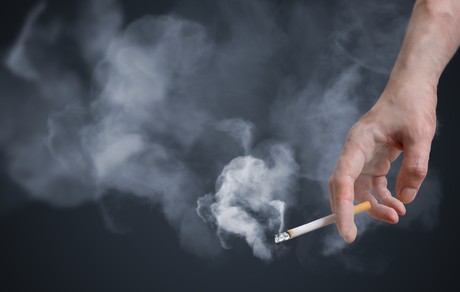 Yet another reason to quit smoking.

New research published in the Medical Journal of Australia has found that one in five future pancreatic cancers, or almost 22%, will be attributed to smoking — especially in men.

Quitting smoking sooner rather than later can affect these outcomes, as pancreatic cancer remains a risk for up to 15 years after stopping smoking.

Because pancreatic cancer presents late, when the disease is at an advanced stage, “primary prevention is the best control strategy”, said the authors, led by Dr Maarit Laaksonen of UNSW’s Centre for Big Data Research in Health.

“This proportion of the burden would be avoidable over 25 years were current smokers to quit and there were no new smokers, as pancreatic cancer risk remains elevated for 15 years after stopping smoking,” the authors wrote.

They also found that the burden attributable to current smoking was greater for men (23.9%) than for women (7.2%) and for those under 65 (19.0%) than for older people (6.6%). There were no independent relationships between body mass index or alcohol consumption and pancreatic cancer. Former smokers who had quit less than 15 years ago were at higher risk of pancreatic cancer than never smokers, but not those who had quit more than 15 years ago.

“We estimate that 21.7% of future pancreatic cancers in Australia are attributable to current and recent smoking,” Laaksonen and colleagues wrote. “The preventable burden attributable to current smoking is 15.3% of all cases, or 5500 cases over the next 10 years; the corresponding figures for lung cancers are 53.7% (74 500 cases) 10 and for colorectal cancers 3.9% (7100 cases).

“Reducing the uptake and prevalence of smoking in Australia further will substantially reduce the future burden of pancreatic cancer, especially among men,” they concluded.