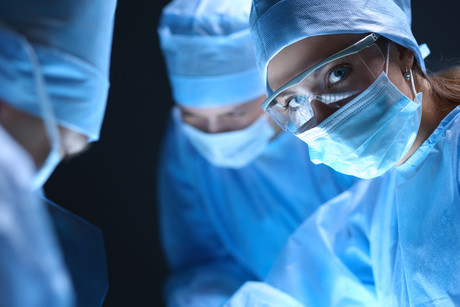 Within 30 days of gastrointestinal surgery, approximately 12% of patients globally develop a surgical site infection, according to a prospective cohort study of more than 12,500 people in 66 countries.

The results also suggest that more than one in five (22%) surgical site infections were resistant to antibiotics given before surgery to prevent infections.

“These findings begin to characterise the relationship between surgical site infections and global antimicrobial resistance,” said Dr Ewen Harrison, NIHR Unit on Global Surgery at the University of Edinburgh, UK.

“Worldwide, large amounts of antibiotics were consumed to prevent and treat surgical site infections, yet in a fifth of cases the causative microorganism was resistant to the pre-surgery antibiotics given, and this increased to one of three cases in low-income countries. This high prevalence illustrates a potentially important area for improvement worldwide, and reducing surgical site infections will help to ensure safe and essential surgery around the world.”

The study tracked 12539 patients from 343 hospitals in 66 countries1 who were undergoing elective or emergency gastrointestinal surgery to see whether they developed a surgical site infection within 30 days.

The most common types of surgery were the removal of the gall bladder or appendix, and half of the patients (49%) had emergency surgery.

The pattern remained even when taking into account the different patient characteristics, diseases, contamination levels, procedures and hospitals in low-income countries.

The authors also analysed how common antibiotic-resistant infections were. Microbiology results were available for 610 patients with a surgical site infection, and 22% (132 people) of cases were resistant to the antibiotics given before surgery to prevent infections. Again, incidence varied depending on a country’s income level — with patients in low-income countries most at risk of antibiotic-resistant surgical site infections (36%) and high-income countries least at risk (17%).

The authors note some limitations, including that it was not possible to follow up all patients to 30 days after surgery, particularly in resource-limited settings. It is therefore possible that some cases were missed; however, they note that the size of the study limits the likelihood of bias.