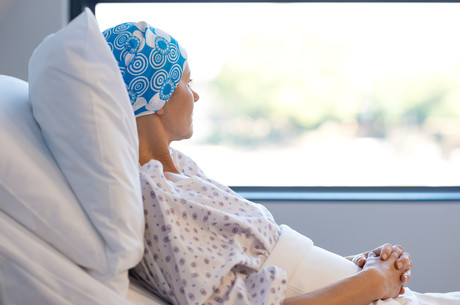 People living with chronic illnesses who hold strong negative emotions are less likely to get better.

The positive or negative thoughts that people living with chronic illnesses such as cancer, diabetes and cardiovascular disease have about their illness impacts their recovery, new research led by Curtin University shows.

The paper, published in leading international journal Psychological Bulletin, found people who held strong negative emotions about their illness and viewed it as more serious were more likely to be in denial and experience depression or anxiety, and less likely to get better.

Lead author Professor Martin Hagger, from the School of Psychology and Speech Pathology at Curtin University, said the research also found that people who viewed their illness as having fewer serious consequences on their life and those who felt more in control of their illness were more likely to be less distressed, adopt a positive coping strategy like sticking to their treatment and experience better outcomes.

“This study examined the science of illness beliefs and their effects on how people with chronic illnesses, such as cancer, diabetes and cardiovascular disease, cope with their illness and whether they will recover or live with their illness effectively,” Professor Hagger said.

“Broadly, the research suggests that what people think about their illness impacts on what they will do about it and, importantly, their recovery, or, at least, how well they manage their illness.

“The study found people who view their illness as more serious and symptomatic, and have strong negative emotions about it, were more likely to adopt avoidance or go into denial to cope. Those people are also more likely to experience depression and anxiety, and they are less likely to get better.”

Professor Hagger said the research would have important implications for people in the medical profession and healthcare providers who deal with patients with chronic illnesses.

“Health professionals should not only communicate the serious consequences of the illness but also identify concrete ways to help patients deal with their illness such as taking their medication as prescribed or attending their medical appointments as required,” Professor Hagger said.

“It may also be helpful for health professionals to offer ways of dealing with emotional distress and stress related to their illness because negative emotions lead to avoidance or denial, which can, in turn, interfere with treatment and recovery.”

The research, which analysed more than 270 studies that investigated the relationship between illness belief, how people cope with or manage their illness and important illness outcomes, involved other researchers from Curtin University, the University of Jyväskylä and the University of Essex.