'No Jab, No Pay' policy has biggest impact in lowest SES areas 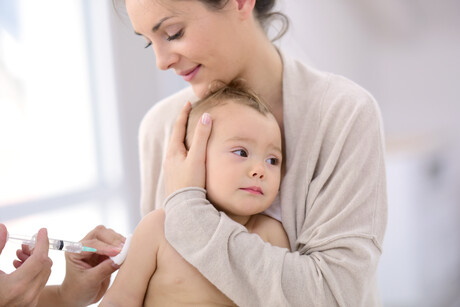 The national ‘No Jab, No Pay’ policy has been linked to substantial catch-up vaccination activity, with some of the biggest changes observed in the lowest socio-economic status areas and for Indigenous Australians. The researchers, from the University of Sydney and the National Centre for Immunisation Research and Surveillance (NCIRS), have published their findings in the Medical Journal of Australia.

The current research analysed data from the Australian Immunisation Register on catch-up vaccination rates for:

The researchers examined catch-up vaccination rates for the second dose of measles-mumps-rubella vaccine (MMR2) in the latter two age groups, by Indigenous status and socio-economic status, and for the third dose of diphtheria-tetanus-pertussis vaccine (DTPa3) and the first dose of the measles­-mumps-rubella vaccine (MMR1) in children aged 5 to less than 7 years, before and after the introduction of No Jab, No Pay.

The proportion of incompletely vaccinated children aged 5 to less than 7 years who received catch-up DTPa3 was higher under No Jab, No Pay than during the baseline period (15.5% vs 9.4%); however, a slight reduction in MMR1 catch-up was also found (13.6% vs 12.9%).

“Our findings suggest that, while monetary sanctions are effective in promoting catch-up vaccination, their impact varies with socio-economic disadvantage,” concluded the authors, led by Dr Frank Beard, NCIRS Associate Director, Surveillance, Coverage, Evaluation and Social Science, and Senior Lecturer at the University of Sydney.

“Moreover, the lack of change in MMR1 catch-up activity in children aged 5 to less than 7 years suggests little impact on those who reject vaccination, and that expansion of age requirements was the more effective policy lever in this period,” Dr Beard said.

Co-author Professor Julie Leask, NCIRS Professorial Fellow and University of Sydney expert on vaccination attitudes and behaviour said, “Many factors contribute to incomplete vaccination; a comprehensive suite of measures, particularly for reducing barriers to access and incorporating systematic reminders, is therefore essential for improving coverage. Requirements alone are not enough.

“The full scope of consequences of strict vaccination requirements should be carefully examined by any country considering such measures. It may be possible to find a reasonable middle ground that increases catch-up while not disadvantaging certain families.”

Dietitian and University of Queensland Research Fellow Dr Oliver Canfell and her team have...

The new Omicron COVID-19 variant has been declared to be "of concern" by the World...

The Australian Commission on Safety and Quality in Health Care (the Commission) has released the...

Diagnostic test for schistosomiasis on the horizon

Chromatography scale-up: don't get tied down by bed height

ELITechGroup are the Osmometer people

Constant pressure cylinders vs traditional cylinders: how to make the right choice for your liquid mixtures?

Understanding Omicron severity will take days to weeks: WHO

The TravelMate Spin B3 — Acer for Education