<40% of pregnant women getting flu vax 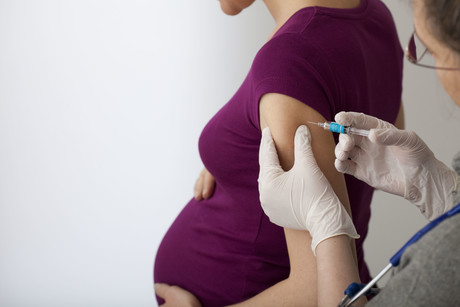 Less than 40% of pregnant women are being vaccinated against influenza (flu), with women born overseas, those who smoke during pregnancy and Aboriginal and Torres Strait Islander women the least likely to be vaccinated, according to research published by the Medical Journal of Australia.

The retrospective analysis of data from 153,980 pregnancies which ended in live birth or stillbirth between July 2015 and June 2017 found that, overall, 39% of pregnant women were vaccinated against influenza. Coverage varied by pregnancy end date, rising for influenza during winter and spring, but rising continuously across the two years for pertussis from 37.5% to 82.2%.

Influenza and pertussis vaccinations during pregnancy are safe and effectively prevent infections in women and their infants, the authors wrote.

“The low and variable uptake of the influenza vaccine may reflect reduced awareness about the seriousness of influenza infection during pregnancy and early infancy. It may also reflect seasonal availability of the vaccine or a misunderstanding about the recommendations for the administration of this vaccine: while vaccination is optimally received before the onset of influenza season, it can be given at any stage of pregnancy,” Rowe and colleagues wrote.

“Pregnant women are generally more concerned about health risks to their infants than to themselves; and, as women see pertussis as a greater risk for their babies, they are more likely to accept pertussis vaccination than influenza vaccination.

“Maternal vaccination remains the most effective strategy for preventing influenza and pertussis in pregnant women and their infants, and embedding its delivery into antenatal care pathways should be a priority,” they concluded.