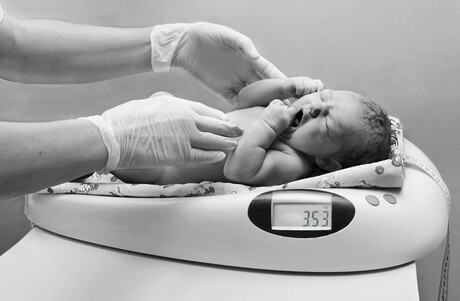 Researchers have called for the revision of Australian birthweight charts to improve diagnosis of babies that are small for their gestational age.

The research — published in The Medical Journal of Australia (MJA) — suggests that new birthweight centile charts, based on the most recent population data for births with spontaneous onset of labour, will allow more accurate diagnosis of small-for-gestational-age (SGA) babies.

Centile curves of birthweight by gestational age are widely used in obstetric, paediatric and general medicine. During pregnancy, they are used to assess foetal growth and to screen for small and large foetuses at increased risk of antenatal and intrapartum complications; in the postnatal period, they are used to identify neonates at increased risk of complications such as hypoglycaemia and to assess their growth.

The 10th centile, in particular, is often used to define SGA babies, who are at increased risk of perinatal complications and death. The exact centile cut-offs have important implications for diagnosis and management during the ante- and postnatal periods.

Using data from spontaneous births only, the MJA researchers were able to remove a significant source of bias and could better identify small infants at risk of stillbirth and neonatal problems (historically, data from births requiring medical intervention such as caesarean sections are also included).

The new charts show only 3.0% of spontaneous births of less than 34 weeks’ gestation would have been picked up as being in the bottom 10% of birthweights based on the current charts.

Led by Dr Farmey Joseph from the Royal Prince Alfred Hospital, the research team analysed data from the Australian Institute of Health and Welfare (AIHW) National Perinatal Data Collection, a population-based surveillance system for all births of at least 400 g birthweight or at least 20 weeks’ gestation. They excluded data from babies born using obstetric intervention.

“By restricting our analysis to spontaneous births, our charts more closely reflect normal growth and delivery trajectories by excluding the impact on growth curves for pre-term foetuses of early delivery by intervention of SGA babies.

“Our curves will allow more accurate assessment of foetal growth in Australia than previous charts based on unselected populations, which tend to underdiagnose SGA in pre-term foetuses.”

The authors wrote that their methods could be used to construct growth charts in other populations where the local obstetric database reliably differentiates between spontaneous deliveries and deliveries by intervention.