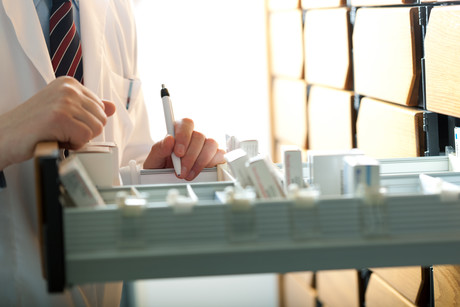 What do you do when your hospital pharmacy can’t fill a script?

I don’t mean your computers have gone down, I mean supplies of the medication requested have run dry. Not just at your pharmacy and not just in your city or town, but right across the country. Do you have a backup plan?

In 2017, The Society of Hospital Pharmacists of Australia found the five most common medicines regularly in short supply in Australia were antibiotics, anaesthetics, cardiology drugs, endocrinology drugs and chemotherapy. These are all extremely important medications that are used in huge quantities throughout the world every day. So why are pharmacists and GPs regularly scrambling to find them?

The answer is one of basic economics. Drug authorities from the major jurisdictions around the world have, over the years, negotiated pharmaceutical companies down on the price of commonly prescribed medications. Highly specialised medications for rarer diseases, however, haven’t been subject to the same negotiations and the pharmaceutical companies are able to demand, and get, in some cases extraordinarily high prices. This makes these rarer drugs far more profitable per pop than common drugs, and they therefore garner more attention from the manufacturers. There’s simply less economic incentive for pharmaceutical companies to keep up with demand of the more common drugs when the profit margin is significantly lower.

In almost every other mass manufacturing sector in the world, competition prevents this problem from becoming systemic and endemic; however, when it comes to pharmaceuticals there is very little competition. For example, there are only seven facilities in the world that manufacture commercial sterile injectables. If one or more has a manufacturing disruption, it causes worldwide shortages that often last for months.

I run a compounding pharmacy and almost every day we’re contacted by community pharmacies, especially hospital pharmacies, desperate to source medications that can be found nowhere else. Fortunately we can help in many cases, but on the odd rare occasion we can’t — we simply can’t get our hands on the raw ingredients needed.

This is not an ideal situation. In the interest of public health, compounding pharmacists should only be called on to make up unavailable medications on the odd occasion — not on a daily, almost routine, basis, which is what we’re experiencing currently. However, Australia has no drug manufacturing industry of its own so doctors and pharmacists have little choice but to improvise and turn to relatively small compounding pharmacies like mine to make up medications on an ad hoc basis — patient by patient.

Don’t get me wrong — the extra business is very welcome and we’ve become quite the experts in the area of unavailable medications; however, the situation is unsustainable and not in the interest of public health.

Last year the TGA introduced fines to drug companies who fail to report a looming drug shortage. While this helps doctors and hospital pharmacies better plan to manage an interruption, it still doesn’t address the underlying problem — there’s no incentive for pharmaceutical companies to ensure adequate supply is always maintained to all markets. The fines are small for companies of this size and as long as they notify authorities there’s nothing to pay. Theoretically they could have rolling stoppages for years without incurring a single penalty.

I don’t have the answer to how we address the increasing problem of unavailable medicine — should the government look at supporting a local drug manufacturing industry to increase competition? Could the TGA introduce much greater fines to companies that manufacture drugs that continually make the unavailable medicines list? There are many people more experienced and better situated to answer these questions than me; however, we need to start the conversation before the situation worsens.

In the meantime, small compounding pharmacies around the country will continue to fill the gap and be ‘the backup plan’ for desperate pharmacies, doctors and their long-suffering patients until the untenable situation is resolved.

Following Rare Diseases Day, we shine a spotlight on childhood dementia, which affects 2300...

Recent work by the Australian Commission on Safety and Quality in Health Care has delivered a...

Australia's vaccine program kicked off at the start of this week, with the country's most...

Steinecker to be an autonomous company within Krones