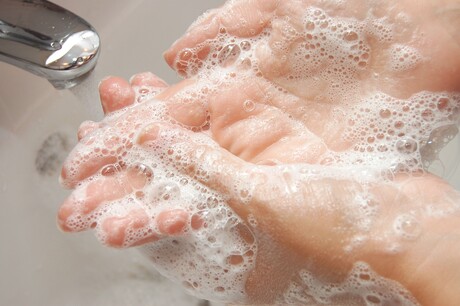 Australia’s office workers are increasingly returning to the workplace, with concerns focusing on safety and a demand for healthy and hygienic workspaces, including shared spaces such as washrooms.

Research commissioned by Dyson reveals that 80% of Australian office workers want to return to the workplace, but they expect their employers to take precautions to keep the environment clean and hygienic.

According to the study, 68% of Australian office workers are much more concerned about hygiene at work than a year ago and 63% are wary about returning to the office. Colleagues coming to work sick was cited as the main concern for 83% of workers, with 82% admitting they felt embarrassed about coughing or sneezing in front of others. Other workplace hygiene concerns included poor hygiene practices of colleagues and using shared space and equipment (70%), hot desking (66%), formaldehyde (61%) and the pressure to shake hands with others (52%).

A majority (78%) of respondents believed that hygiene could be improved in their workplace and nearly half (46%) said they would avoid the office if they didn’t feel comfortable with hygiene standards in the workplace, either by calling in sick, working from home or even quitting their job.

“We know damp hands can transfer up to 1000 times more bacteria than dry hands,” Dyson Senior Researcher Salome Giao said. “We wanted to ensure that people are washing and drying their hands properly and dispel any myths around aerosolisation and hand dryers.

“Not having a drying option in a washroom due to misinformation can increase the spread of germs and is ultimately unhygienic,” she added.

In the washroom, Australians are most concerned about their co-workers not washing their hands (78%), touching door handles (75%) and taps (70%), and the cleanliness of the air (68%).

“This global pandemic is the greatest crisis of modern times, and it has fundamentally changed the way we work and our approach and attitudes to hygiene,” Dyson VP of Environmental Care Alex Knox said.

“Keeping shared spaces clean has never been so important and we all want to touch things less. We’ve developed a fast, hygienic and touch-free way to dry hands, which comes without the cost and environmental concerns associated with papers towels. Our Dyson Airblade hand dryers also feature HEPA filters that capture 99.95% of particles, including bacteria and some viruses, to dry your hands with clean air, not dirty washroom air.”

Dyson commissioned research with an independent laboratory into different drying methods after rinsing hands or properly washing hands and examined the question of aerosolisation, which became a topic of discussion at the beginning of the pandemic.

In the independent study, hands rinsed with water (no soap) or washed with soap for 20 seconds were then dried using Dyson Airblade hand dryers or paper towels. The objective was to determine the effect of the different hand-drying methods on concentration of aerosols and bacteria in air. The results showed that aerosols can be generated in a washroom due to different activities, such as walking and using a tap. It also revealed that, in general, drying your hands with a Dyson Airblade hand dryer proved to aerosolise no more than paper towels and had no significant impact on the surrounding air.

The study also showed that the number of aerosols and bacteria after drying with any of the Dyson Airblade hand dryer models is comparable to those obtained when hands are dried with paper towels.

The Hip Fracture Registry Toolbox is a practical and informative resource that explains the need,...