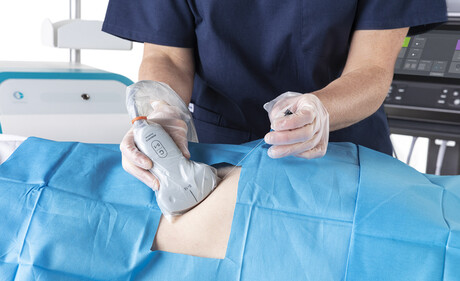 Danika Southwell is an experienced cardiac sonographer and co-founder of MedTech solutions provider MediSound. Along with business partner Laiken Clarke, Southwell recognised that approaches to high-level disinfection (HLD) of point-of-care ultrasound (POCUS) probes were inadequate, introducing an unnecessary chemical burden to patients, posing a safety risk to staff and damaging the environment.

The team felt strongly that advances in POCUS services were hindered by lengthy probe reprocessing times and had growing concerns about the growing body of research linking ultrasound probes to the transmission of hospital-acquired infections (HAIs).1,2 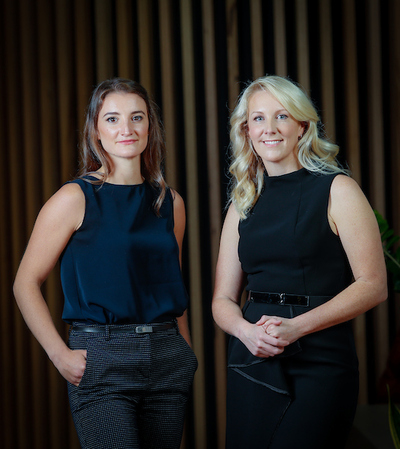 To deliver a solution to the Australian market, MediSound partnered with French company Germitec to offer a system that can high-level disinfect an ultrasound probe and cable in 90 seconds, enabling technicians to safely see more patients and reduce waiting times, while reducing chemical exposure and environmental waste.

In place of chemical corrosives and irritants, the Hypernova Chronos uses UV-C light to disinfect ultrasound probes and cables, prolonging the life of the probes and significantly improving safety for patients and ultrasound technicians. The device was awarded the prestigious Prix Galien Award for Best Medical Device in 2020. 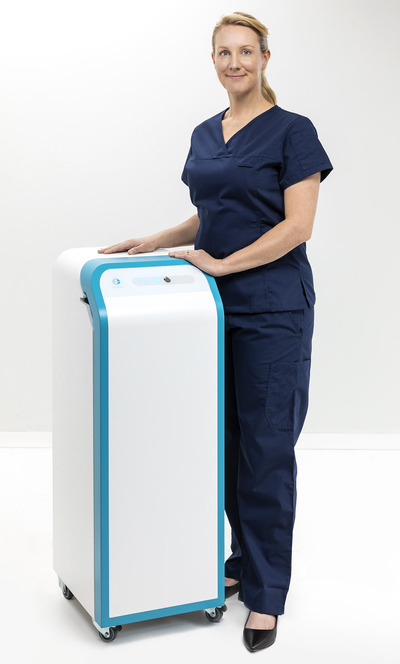 A second product, the Antigermix AE1, provides a chemical-free solution to high-level disinfect the entire length of a transoesophageal echocardiography (TOE) probe, including the handle, which has been shown to be the vector of cross contamination.2

The problem with probes

Ultrasound probes are used in a variety of healthcare applications — to monitor ovarian response and follicle growth during IVF; to assess lung function; to assist in pain reduction in surgeries via nerve blocks; in prostate biopsies; and to monitor hearts during cardiac surgery. They are used in open wounds and down people’s throats.

Traditional methods for HLD of ultrasound probes require chemical methods in the form of liquid or gas to rid the probes of microbes — a process that can take up to 30 minutes from pre-clean to completion. There is also the risk of recontaminating the probe when wiping off residual chemicals following HLD. In addition to being a time-consuming process — resulting in pushback from doctors working in busy departments — chemical options pose safety concerns to patients and healthcare providers, with residual chemicals left on the probe causing skin irritation.3 In a recent study, 47% of sonographers personally experienced an adverse event from using a hydrogen peroxide system, most commonly skin burns.4 Hydrogen peroxide used for HLD can also pose an explosive risk if stored incorrectly.

HAIs are a growing concern for Australian hospitals. And while infection control and mitigating cross contamination remain key priorities for healthcare facilities, particularly with the emergence of COVID-19, preventable sources of infection are driving up the incidence of HAIs. One such source is ultrasound probes.5 POCUS equipment is used in busy hospital settings such as Emergency, ICUs and operating theatres. A probe may be placed on top of an open wound — a quick wipe and then it’s used on another patient. The water-based ultrasound gel acts as a vector for HAIs and can harbour bacteria and viruses that are passed on from one patient to the next. A multicentre study across five Australian ICU and emergency departments showed that 61% of ultrasound probes were positive for blood contamination and 48% were positive for microbiological contamination, despite looking clean — the microbes detected were of the variety that can cause severe illness and morbidity.5

The need for speed

ICUs are tasked with handling acute and life-threatening situations. The environment can be chaotic and stressful. In an emergency situation, a doctor’s priority is to save lives — timely procedures such as chemical handling and processing can disrupt workflows and threaten time-critical, life-saving procedures. In this scenario, a patient may leave the hospital with their life only to develop an HAI down the track, which in itself could be life-threatening. This was the case for a British patient who died from hepatitis B in 2012, three months after undergoing heart surgery. The death was attributed to a failure to adequately decontaminate the TOE ultrasound probe that was used in the procedure.2

Globally, outbreaks of bacterial infections associated with inadequately disinfected probes have been documented. HAIs such as MRSA, or gastrointestinal infections from microbes such as C. difficile, are reported to be rampant in ICUs, and it appears that this is largely preventable.5,6,7,8,9,10,11

Earlier, it was not understood why HAIs are so rampant in the acute setting — until the realisation that the ultrasound machine was the common factor, being passed from one patient to another in the ICU and other point-of-care settings. Operators were wearing protective clothing, but the probes themselves were not being high-level disinfected between patients. The cable of the probe had also been neglected in the HLD of ultrasound probes, despite being in direct patient contact. It became clear that the POCUS equipment was responsible.

After this realisation the Australian standard shifted, mandating that probes be high-level disinfected if used inside a cavity; however, this directive did not address the microbes that can be passed from one patient to the next from contact with a wound or a needle entry site. As such, at the end of 2021 it will be a minimum requirement to high-level disinfect all ultrasound probes that have the potential to come into contact with blood, an open wound or body fluids. Some have taken it further and have already implemented HLD for every probe regardless of use. This is to eliminate any chance of surface transmission from one patient to the next.

Why do we have to wait for this critical infection control and safety measure to come into effect? Southwell explained that making changes to a minimum standard of care takes time. She highlighted that one of the greatest barriers to enacting change is misinformation.

“Transitioning to UV-C technology to disinfect ultrasound probes will save lives,” she said.

“Simple breakthroughs in infection control knowledge can have an enormous impact on public health. Like the handwashing discovery of the 1840s, this is one of those revelations. But despite UV-C technology being safer for patients and staff, fast enough to be used between patients without interrupting workflows and better for the environment, without ongoing costs, as with any innovative technology there are still some that are reluctant.

“As we have seen with the COVID-19 pandemic, misinformation can put lives at risk, so it is important for stakeholders to undertake their due diligence.”

SouthwelI urges Australians to do their own research and look carefully at arguments put forward by companies that have a vested interest in the old ways. “If a claim is made by a company, it’s worth digging deeper and going to the original paper to look at the evidence and the context in which it is presented. It’s important to pay particular attention to ensuring papers relate specifically to the HLD device, model or chemical composition in question.

“We need to do better for patients and healthcare providers. The evidence shows that changing our ultrasound disinfection practices by adopting UV-C technology can save lives.”