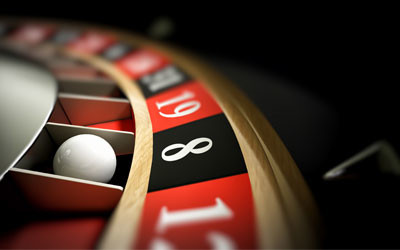 Although treatments that increase dopamine levels in the brain are effective for most patients, about one in six develop impulse control behaviours. QIMR Berghofer researchers have discovered how medications for Parkinson’s disease cause some patients to develop addictive behaviours such as problem gambling, binge eating, hypersexuality and excessive shopping.

The researchers discovered that brain structure interactions with dopamine-containing medication differed between those who developed addictive behaviours and those who did not. The research findings are published in the journal Brain.

“None of these people had a history of addictive behaviours before diagnosis and only developed them after they began treatment with dopamine replacement medications.

“There is currently no way of predicting which individuals are at risk of these terrible side effects.”

Parkinson’s Australia reports that about 82,000 Australians live with Parkinson’s disease. While most people are diagnosed after the age of 65, around 18% are of working age.

“We used an advanced method of brain imaging, called diffusion MRI, to reconstruct the connections between different regions of the brain, akin to developing an individualised brain ‘wiring’ diagram for each person in the study,” Dr Mosley said.

“We asked our participants to gamble in a virtual casino, which gave us a readout of impulsive and risk-taking behaviour in real time.

“By combining data from brain imaging, behaviour in the virtual casino and the effect of dopamine replacement medication, we were able to identify people who were susceptible to impulse control behaviours.

“More broadly, we found a clear link between the strength of the connections in the brain, within circuits that we think are crucial for making decisions and suppressing impulses, and impulsive behaviour, even in people without clinically significant impulse control behaviours.”

Dr Mosley said the study findings indicate that brain imaging and computer-based testing could be used in the future to determine which individuals are at risk of developing these harmful behaviours when treated with dopamine replacement drugs.

“These disorders are often a second blow to people and their families living with Parkinson’s disease. Some individuals suffer financial problems or relationship breakdowns because of these harmful behaviours,” he said.

“We could offer targeted education to at-risk individuals, or adapt their treatment regimen to minimise the potential harms from these therapies.”

The study’s co-author, Professor Michael Breakspear, said the findings could also have implications for other psychiatric conditions that are marked by impulsivity, such as alcohol and drug addiction as well as ADHD.