The path to pharmacist prescribing 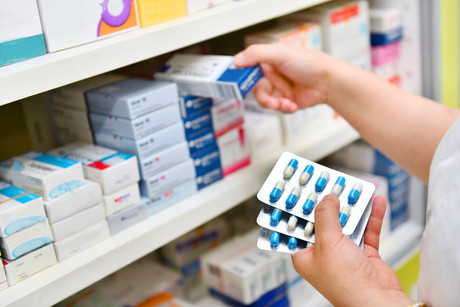 Following a submission by Pharmaceutical Society of Australia (PSA), the Pharmacy Board of Australia investigated the implications to the public if pharmacists were given the authority to prescribe. The board concluded that pharmacist prescribing as part of a collaborative healthcare team was viable.

To explore the notion of pharmacist prescribing — also known as non-medical prescribing — the Pharmacy Board of Australia mapped current pharmacist capabilities and Australian pharmacy curriculums to the NPS Prescribing Competencies Framework 2012, and extensively engaged relevant stakeholders for consultation.

Pharmacy Board of Australia conclusions

From its investigations, the Pharmacy Board found that under the National Law it has no regulatory barriers in place for pharmacists to prescribe via a structured prescribing arrangement or under supervision within a collaborative healthcare environment.

The board concluded that autonomous prescribing by pharmacists would require additional regulation via an endorsement for scheduled medicines, which it has decided not to pursue at this stage.

Creating a path for pharmacists

The Pharmaceutical Society of Australia (PSA) has welcomed the Pharmacy Board’s position statement.

“PSA is pleased that the Pharmacy Board has concluded that under the National Law there are no regulatory barriers in place for pharmacists to be able to prescribe collaboratively under two of the three models outlined in the Health Professionals Prescribing Pathway.

“‘Prescribing via a structured prescribing arrangement’ and ‘prescribing under supervision’ can be progressed immediately, and implementation of these models — through, for example, expansion of continued dispensing for chronic disease medicines — can address a significant proportion of the administrative burden that community pharmacists see day to day with patients running out of their medicines,” he said.

In its submission to the Pharmacy Board, PSA surveyed pharmacists, interns and students: 96% agreed that pharmacists are already well placed to prescribe under a structured prescribing arrangement or under supervision.

The majority of respondents said they would prescribe under the proposed models, with 57% saying they planned to prescribe under a structured prescribing arrangement as soon as it was implemented.

The future of pharmacy

Associate Professor Freeman said collaborative prescribing agreements within general practice, aged care, hospitals and community pharmacy can address concerns about patients not reaching treatment goals, improve the monitoring of adverse events and, in aged care, could help reduce the medication-related misadventure that occurs in this setting.

“As stated in our Pharmacists in 2023 report, we are committed to enabling pharmacists to practise to their full scope by advocating for expanded roles and new opportunities in prescribing, consistent with their recognised competency framework.

“PSA looks forward to working with the Pharmacy Board, state and territory jurisdictions and the wider profession to support pharmacist prescribers by establishing training requirements, implementing legislative and regulatory change, and developing the frameworks for collaborative prescribing,” he said.