The dark side of breast implants 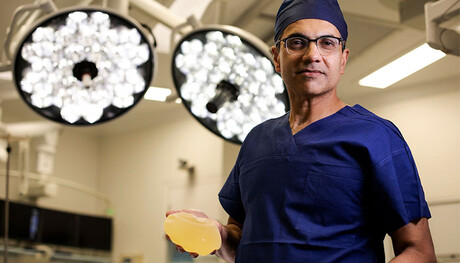 Every year in Australia, about 20,000 women undergo breast implant surgery, either for enhancement or reconstruction after cancer. Breast implants may trigger complications such as autoimmune disease, chronic fatigue, gastritis and other debilitating conditions. Macquarie University Professor Anand Deva, Head of Cosmetic, Plastic and Reconstructive Surgery at Macquarie University Hospital, is conducting research to find out why. 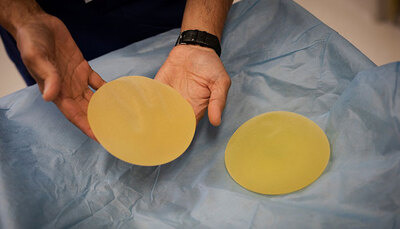 “The message is clear from my research and from my clinical work: some of these women’s BII symptoms coincided or subsequently developed after getting breast implants,” Professor Deva said.

“And when you take out the implant and the surrounding capsule (tissue around the implant), a proportion of these women report their symptoms disappear and they feel miraculously cured. The challenge is to work out which women and why.”

To turn his findings into quantitative research and establish just what the connections are between BII and the removal of implants, Professor Deva has begun a study of women with BII. He already has more than 1000 participants.

“Research into BII is difficult, because it [has] such complex and varied symptomatology, linked to an even greater number of patient and implant variables. We need to collect high-quality data, analyse it and then work out why it happens, how we can treat it and, most importantly, how we can prevent it from happening in the first place,” he said.

In the 1990s, researchers established a link between silicone breast implants and autoimmune disease, which led to a temporary ban of silicone-filled implants in the US for nearly 10 years. While further studies refuted the link and allowed the reinstatement of silicone implants, some questions still remain unanswered.

The most common complication from breast implants is hardening of the breast tissue. Implants can break, crack, leak or flip, requiring further surgery. Women with textured implants are at risk of developing anaplastic large-cell lymphoma (ALCL) — a form of non-Hodgkin’s lymphoma. Globally, this resulted in several high-risk devices being banned or suspended from sale in 2019.

The US Food and Drug Administration (FDA) has taken a hard line, recommending manufacturers inform women of the “serious and life threatening risks” of breast implants, a so-called “black box” warning equivalent to cigarette packaging.

The recommendations specifically detail the risks women with implants face of developing ALCL and, for the first time, list some of the symptoms of BII. This follows publication of research in September of 750 women in the US with BII and implants. It found that when implants were removed, many of their symptoms subsided.

“It’s great to see the strong validation of the research we’re doing globally on implant safety in the recommendations from the FDA,” Professor Deva commented.

The case of Shelly Rafferty

After receiving breast implants nine years ago, Shelly Rafferty went from being a vibrant and healthy 34-year-old to someone with multiple chronic health complications.

She developed hardening of her breast tissue (called capsular contracture), endured two strokes, spontaneous tears in both carotid arteries in her neck, tears in her oesophagus and chronic eye, joint, chest, back and hip pain.

Every time she boarded a plane, Rafferty had to travel with an oxygen concentrator because of low oxygen saturation and constant shortness of breath. Her hands were discoloured blue–black. Specialists were at a loss to explain the cause of her ill health.

The operation almost immediately transformed her life. Her injuries healed and her pain vanished. 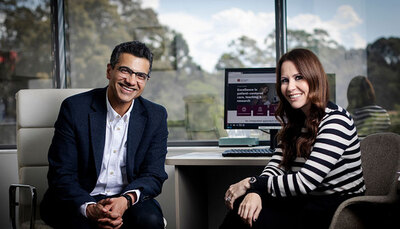 “I feel like I have my life back,” Rafferty said.

“I can take my kids to school and dance classes, walk my dog, go out for dinner and not go to bed at 7 pm — things most people take for granted. Money can’t buy what I’ve got back.”

An international team of human and animal health experts has identified areas at risk of...

AstraZeneca's results signal more good vaccine news — but efficacy is only the...

Next Science has announced the Australian launch of Bactisure — a surgical wash that...

Vaccine management in the (African) cloud