Sepsis in the spotlight 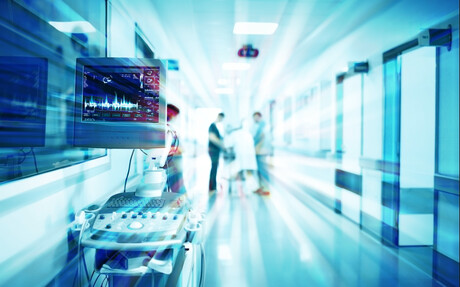 Each year, sepsis — the life-threatening complication of infection which can lead to multiple organ failure — kills more Australians than breast or prostate cancer. National data indicate that sepsis cases are increasing in Australia, while a recent Global Burden of Disease report suggests that the international incidence of sepsis is vastly underestimated.

Yet recognising sepsis as a time-critical medical emergency can prevent the worst health complications. The Australian Commission on Safety and Quality in Health Care (the Commission), is joining the efforts of the states and territories to help improve outcomes for Australians with sepsis and raise awareness of this under-recognised condition.

Emergency physicians often find themselves in the unenviable position of witnessing how rapidly situations can escalate in patients with sepsis. Non-specific symptomatology can make sepsis difficult to detect. In addition, when patients present to the emergency department, they may already be seriously unwell, leaving only a narrow window of opportunity to start life-saving treatment and to reduce ongoing morbidity.

The impact of sepsis on Australians is profound, affecting many age cohorts and high-risk populations. The recent 2020 Global Burden of Disease study reported an estimated 55,000 cases of sepsis in Australia annually, with approximately 8700 people succumbing to the condition.

Sepsis is also a major public health concern, placing substantial economic burden and strain on the Australian healthcare system. A new report commissioned by The George Institute for Global Health estimates the total annual cost of sepsis in Australia is $4.8 billion, with direct hospital costs accounting for $700m a year.

Sepsis is defined as a life-threatening condition that arises when the body’s response to an infection damages its own tissues and organs. Patients who survive sepsis experience varying degrees of impairment following their hospital stay.

Ongoing health and cognitive issues may persist following the acute illness, and in more severe cases, significant physical disability may occur, including limb amputation. Post-sepsis syndrome is unfortunately not well understood or recognised by clinicians globally. However, the lingering health complications experienced by sepsis survivors are very real and well documented.

State and territory health departments and health service organisations alike have made commendable progress to facilitate improvements in detection, recognition and management of sepsis. Notably, New South Wales, Victoria and Queensland Health Departments have well-established and integrated programs of work in the context of sepsis. Trigger tools and sepsis pathways help support clinicians to identify the signs and symptoms of sepsis and manage care. However, to this point, there has been no national guidance for sepsis management.

A national effort against sepsis

The Commission, in partnership with the George Institute for Global Health, is leading the National Sepsis Program. The Program is being delivered on behalf of the Australian Government Department of Health following a funding announcement in 2019 by the Hon. Greg Hunt MP, Minister for Health and Aged Care.

The National Sepsis Program consists of the following eight projects:

Survivors of sepsis and bereaved families are also represented in the group; ensuring that all work reflects the patient’s perspective and experience of hospitalisation, recovery from sepsis and, where necessary, bereavement care. The NSCRG first convened in November 2020 to support delivery of key National Sepsis Program deliverables and continues to provide expert advice to the Commission on all aspects of the work to date.

The hallmark project under the National Sepsis Program is development of a national Sepsis Clinical Care Standard. The Commission has a long history of developing clinical care standards on various topics. Each standard includes a number of quality statements describing the care patients should be offered by health professionals and health services for a specific clinical condition, in line with current best evidence.

Development of the Sepsis Clinical Care Standard stems from the Stopping Sepsis: National Action Plan developed by the Australian Sepsis Network in 2017, which called for a nationally recognised standard of care for sepsis detection and treatment.

The new national standard is scheduled for publication in 2022.

The Australian Sepsis Network recently reported that only 23% of Australians were aware of the signs and symptoms of sepsis. To increase awareness of sepsis among both clinicians and the general public, the Commission is undertaking a National Sepsis Awareness Campaign. The campaign commenced on 13 September 2021 — World Sepsis Day — and continues to 26 November 2021.

To complement the campaign, the Commission has developed a resource toolkit including digital and print resources suitable for a range of target audiences and high-risk patient groups. This campaign will support the broader objectives of the National Sepsis Program.

There is now significant momentum across the healthcare sector — among clinicians, hospitals, health service organisations, policymakers, advocates and consumers — to collaborate in the national fight against sepsis. The National Sepsis Program is helping to raise awareness, ensure prompt recognition and treatment of sepsis, and educate and support healthcare professionals, to ultimately reduce the incidence and impact of this life-threatening condition.

*Dr Carolyn Hullick FACEM is Clinical Director at the Australian Commission on Safety and Quality in Health Care and is closely involved with comprehensive care and sepsis identification and management. At the Commission, she is also associated with projects focused on aged care, transitions of care and the appropriate use of anti-psychotics. In addition, Dr Hullick is an Emergency Physician in Newcastle, New South Wales, and has expertise in geriatric emergency medicine.

*Chris Boyd-Skinner is a registered nurse and Program Manager at the Australian Commission on Safety and Quality in Health Care. Chris manages all aspects of the National Sepsis Program, including consultation with the National Sepsis Clinical Reference Group, state and territory health departments and health consumer representatives. Chris practises clinically as an intensive care nurse and has experience in neuro/general intensive care and aeromedical retrieval.