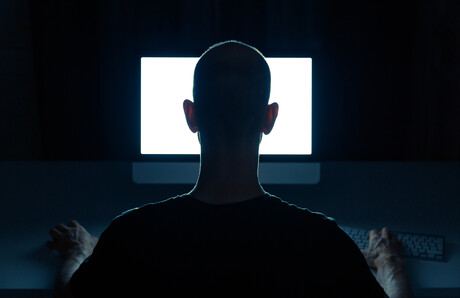 Melbourne-based epidemiologist Professor Tony Blakely had to block several phone numbers, officially report a threat to his university, and divert several email addresses to junk due to vile material received during the pandemic.

Professor Blakely, a public health medicine specialist from the Melbourne School of Population and Global Health at The University of Melbourne, is one of many Australian scientists who copped abuse after discussing COVID-19.

A recent survey by the Australian Science Media Centre found that around one in five Australian scientists experienced death threats and/or physical or sexual violence after speaking to the media about COVID-19.

“Scientists are facing pandemic levels of abuse for simply trying to help us all wrap our heads around COVID-19,” said Lyndal Byford, Director of News and Partnerships at the Australian Science Media Centre (AusSMC).

While Professor Blakely reported one threatening text officially to his university, which forwarded it to the police, he thinks he should have reported more. “As a white middle-aged male, I am less vulnerable to trolling than other experts. Nevertheless, abusive emails and messages bordering on death threats are common.

“It is also salient, I think, to note the many people out there who spontaneously contact you with positive intent. I have received useful feedback on what I say in public, messaging, new papers and research from members of the public I have never met before,” Blakely said.

Gideon Meyerowitz-Katz, an epidemiologist working in Western Sydney and pursuing a PhD at the University of Wollongong, had similar experiences.

“For me, the trolling and harassment of scientists during the pandemic has been a real problem. I get regular anti-Semitic hate online, occasional death threats, and a load of the expected nasty lies about myself posted everywhere just for discussing issues in certain research areas. And, frankly, as a white man, I’m far luckier than some of my colleagues, who receive orders of magnitude more hate than I do,” Meyerowitz-Katz said.

“This stifles important voices and valuable contributions to science.”

The Australian Academy of Technology and Engineering CEO Kylie Walker said, “It is absolutely unacceptable that scientists are being subjected to abuse, particularly in relation to the vital work they’re doing to ensure survival through the pandemic.

“Scientists create and apply new knowledge to the benefit of society: it’s crucial that they are free and able to speak about this work, and grow public understanding of the evidence behind important decisions. This is particularly important in times of major challenge, such as the COVID-19 pandemic, when listening to scientific advice can make the difference between life and death,” Walker said.

“The Australian Academy of Technology and Engineering is committed to supporting a thriving diverse scientific and technological research community, and to supporting leaders and members of the public to access the best available evidence to inform decisions and behaviour. We encourage scientific experts to continue to share their work in public, and condemn those who would seek to shut down access to evidence and expertise.”

Professor Ingrid Scheffer said, “Scientists speak to the media and public because they want to educate and empower people with the information to make good choices for their health and safety.”

“During the COVID-19 pandemic, many researchers and healthcare professionals are going above and beyond, working tirelessly to keep Australians safe and contribute to the pandemic response.”

“Scientists are not above criticism or questioning — robust debate has always been part of the scientific and learning process — but they should be able to do their jobs without harassment and abuse,” Professor Scheffer said.

No excuse for abuse — pandemic or no pandemic

The abuse and threats aren’t just confined to COVID-19. A few years ago, Professor Anne Kavanagh, Chair of Disability and Health at the Melbourne School of Population and Global Health at The University of Melbourne, wrote an op-ed for The Australian following Pauline Hanson’s comments in parliament about how children with autism shouldn’t be in mainstream schools because they prevented others learning.

“I was trying to counter her argument regarding the benefits of inclusion of students with autism in mainstream school settings for all students. I spoke to some of the challenges we had experienced with both mainstream schools and schools for children with disability and how much [my son] was excluded from community life. I pointed out how the overt discrimination of Hanson and others like her perpetuated exclusion and had harmful effects. The toxic comments made about me were so bad that The Australian had to turn off the comments, something they rarely, if ever, do. I stopped reading them because I honestly felt like folk did not want people like me or my son in the world,” Kavanagh said.

Dale Dominey-Howes, Professor of Hazard and Disaster Risk Sciences at the University of Sydney, said, “After almost every story I do as a specialist on hazards and disasters, I’ve been trolled, verbally abused, received death threats, and most recently had threatening material sent to my home.”

“This is really unacceptable, and researchers are human beings with feelings and trolling really is a poisonous process. It has negative emotional and mental health impacts on us and acts as a discouragement to that public engagement work. This article shines a light on these practices. Much more needs to be done to stop trolling in the first place and support ordinary researchers going about their daily work.”

The AusSMC survey found that 31 of the 50 scientists reported some level of trolling after appearing in the media to talk about COVID-19. The results represent the experiences of the 50 scientists who chose to respond to the survey and are not a random sample of researchers who have given media interviews on COVID-19.

Professor John Shine, President of the Australian Academy of Science, said this is a global issue with researchers around the world also facing serious threats to their personal and professional lives as a result of their research on COVID-19, as highlighted recently by the International Science Council.

“Despite these attacks on scientists by a vocal minority, it is important to note that Australians’ trust in scientific bodies remains high as evidenced by a number of surveys.”

The AusSMC also worked with the journal Nature to see if the same was true for scientists internationally. With the help of Science Media Centres in the United Kingdom, Germany, Canada, Taiwan and New Zealand, the survey was distributed to scientists in multiple countries.

Nature’s poll* found an even higher proportion of negative experiences among a larger group of respondents with 15% reporting death threats and 22% saying they received threats of physical or sexual violence.

Around 40% of the Australian scientists who responded and 60% of international scientists said the trolling and personal attacks have impacted their willingness to speak to the media in the future. These experiences are also taking a toll on experts’ mental health, with over 30% of Australian respondents saying it has had emotional and psychological impacts.

While scientists said their experiences with the media were largely positive, the AusSMC believes they must be better prepared and supported if we want them to keep helping us through the pandemic. “If experts take the understandable Naomi Osaka approach, and stop speaking to the media, all of us will be worse off,” Lyndal Byford said.

“If a scientist has helped you understand COVID in some way, why not write a kind or encouraging comment on the news story or on the social media pages. If you see someone being trolled, ask if they need help, and listen to their concerns,” she suggested.