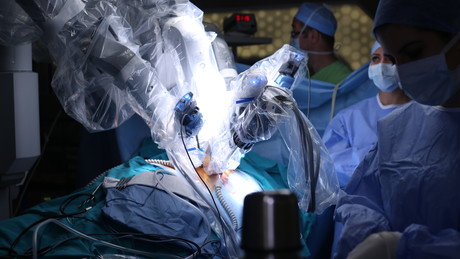 The pace of technological advancement is accelerating, and healthcare is not immune to this trend.

Twenty percent of GDP in the United States (the highest in the world) and 10% of GDP in Australia is being spent on health or health-related endeavours. It is unsurprising then to see medical and surgical technology front and centre in this expansion that is echoing across all aspects of healthcare.

With medical therapies, novel drugs are entering clinical practice on a regular basis, and we now have personalised pharmaceuticals and therapies.

It is at the point where these treatments are now being tailored to the disease profile of individual patients, down to a molecular level. Surgical therapies have also become increasingly complex.

Advancements in surgical technology allow surgeons to enter the human body and visualise anatomical and pathological detail never thought possible, and without a doubt, the most profound example of this has been through the utilisation of robotics.

The initial forays into robotic surgery were evident through the mid-1980s. However, it was pushed into the spotlight with the development of ‘The da Vinci Surgical System’. This first entered clinical practice in 1999, and became a widely accepted technology over the ensuing 5 years. There are now approximately 4000 robotic surgical systems worldwide, and more than 25 systems in Australia.

The initial work in laparoscopic surgery was for gynaecological pathology, and progressively, these techniques were adapted to other surgical specialities and disease entities.

The da Vinci Surgical System facilitates the surgeon’s ability to undertake complex keyhole surgery, above and beyond that of pure laparoscopy alone. Surgeons quickly began to realise that robotic surgery could improve their ability to undertake these procedures, with an added level of dexterity and vision.

Secondly — dexterity. The robot’s ‘endo-wrists’ are miniature instruments which have seven ranges of motion and improve access in certain circumstances. Importantly, the da Vinci robot is a ‘master-slave’ device. This means that the surgeon controls the device at all times and autonomous actions are not possible. It is literally a ‘drive-by-wire’ modality.

As experience with this device grows amongst urologists, the da Vinci robot is now also being applied to other urological disease processes, including bladder and kidney cancer and other specialities.

As with all technologies, the da Vinci robot continues to undergo improvements. Since its inception in 1999, four generations of this machine have been developed, with the most recent device, designated the Xi, allowing even greater dexterity and visual optimisation.

The utilisation of the surgical robot continues to push new frontiers, and without a doubt, even though it is now 18 years since these systems were first utilised in prostate cancer surgery, we are only at the beginning of the evolution of this technology and the burgeoning possibilities that it will allow in optimising patient care. 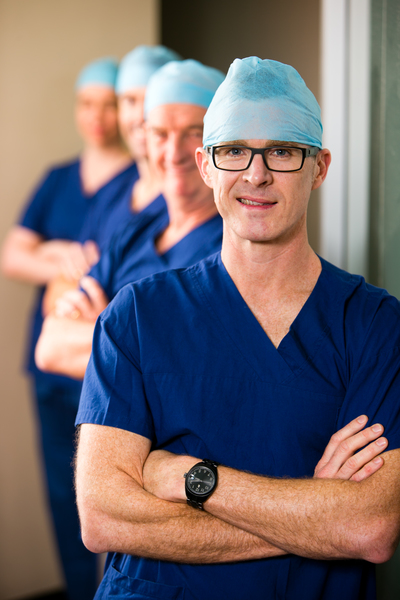 *Dr Greg Malone is consultant Urologist with the Brisbane Urology Clinic. In this time he has continued to develop his special interests of prostate cancer and pelvic uro-oncology, laparoscopy and prosthetic surgery, as well as continuing to undertake general urology.

Dr Malone is one of the founding surgeons of Queensland’s first Robotic Surgery Unit at the Greenslopes Private Hospital. Dr Malone was a member of the surgical team involved in the first robotic radical prostatectomy undertaken in Queensland.

In 2009, Dr Malone was appointed as a Mentor to American Medical Systems to educate and instruct fellow urologists in the techniques and practice of surgical therapy for erectile restoration and male urinary incontinence.