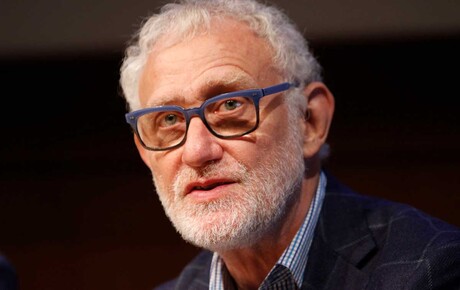 A pattern of sustained high use of antimicrobial medicines in Australia has been demonstrated in a five-year trend report released by the Australian Commission on Safety and Quality in Health Care (the Commission). Disadvantaged areas of major cities — including outer areas of Sydney, Brisbane and Melbourne — were identified as having the highest rates of antimicrobial dispensing.

Despite potential overuse in some geographical areas, the Antimicrobial Medicines Dispensing from 2013–14 to 2017–18 report reveals some encouraging results, with a downward trend in national antimicrobial dispensing rates, which fell 13.3% over five years.

Commission Senior Medical Advisor Professor John Turnidge AO said being able to compare local-level data will enable the healthcare sector to take a more active role in tackling antimicrobial use and the threat of antimicrobial resistance in the community through more targeted strategies.

“It is significant that we are witnessing the first evidence of a consistent decline in antimicrobial consumption in Australia since the last decline in 2003.2

“We are moving in the right direction but have more work to do, as the volume of antimicrobial use is still more than double that of comparable OECD countries,” he said.

Australia’s antimicrobial prescription rate remains high by international standards, with 22.7 defined daily doses per 1000 people in 2017–18, more than double the equivalent figure in The Netherlands and Sweden (8.9 and 10.8, respectively).3

“Focusing on reduced prescribing in areas where there is high use will help to drive down our national antimicrobials consumption,” Professor Turnidge said.

“This data will be tremendously helpful for clinicians, who can use it to identify potentially inappropriate antibiotics use in their local area, which may lead to better care for patients and declines in antimicrobial resistance.

“Primary Health Networks and Local Health Districts will also be able to implement targeted interventions in areas with antimicrobial dispensing rates consistently in the top 10% each year over the five years, including local areas in outer Sydney, Brisbane and Melbourne.”

According to the report, in 2017–18, 28.2 million prescriptions for antimicrobials4 were dispensed in the community, compared with 30.3 million prescriptions in 2013–14. Over the most recent three years of the reporting period, a 4% decrease in the volume of antimicrobial medicines supplied on any given day in the Australian community was observed.5

High use associated with disadvantage in major cities

The analysis identified some areas where antimicrobials continue to be excessively prescribed — 22 areas had consistently high rates of antimicrobials dispensing over the five-year period, with 20 of these located in major cities (91%).6

Areas with consistently high antimicrobial dispensing rates include: Mount Druitt, St Marys and Fairfield in NSW; Ipswich Inner, Beenleigh and Browns Plains in Queensland; and Sunbury and Tullamarine-Broadmeadows in Victoria.

Three-quarters of the areas with consistently high use (16 areas or 73%) are in the lowest quintile of socioeconomic status.

Antimicrobial rates for Western Australia, South Australia, Tasmania, the Australian Capital Territory and Northern Territory were consistently lower than the national rate over the five-year period.

“The findings show a downward shift in prescribing in most areas, which is encouraging, but not at the pace needed in some,” Professor Turnidge said.

“We have made progress at a national level, but it is clear that more can be done in many areas to ensure that antimicrobials are prescribed only when necessary.

“Factors influencing consistently high rates in the most disadvantaged areas need further exploration. They may include higher rates of infectious diseases and socioeconomic characteristics, such as lower education levels, which may lead to increased likelihood to self-medicate with leftover or shared antimicrobials,” he said.

Dr Liz Marles, a Sydney-based GP and past president of the Royal Australian College of General Practitioners, said the latest data would allow GPs to examine patterns of antibiotic use in their local community, leading to improved patient care.

“It is really pleasing to see a persistent reduction in antibiotic use across all geographical areas, indicating that both general practitioners and the public have taken onboard the educational messages about appropriate antimicrobial use,” she said.

“There is still a significant way to go if we compare ourselves to similar OECD countries. All clinicians, including GPs, need to ensure a sustained effort to continue to improve patterns of prescribing.

“Some areas are doing particularly well — such as the low rates seen in Perth North and Perth South Primary Healthcare Networks. It would be good to investigate why these rates are so different from those of PHNs in Sydney, Melbourne and Brisbane.

“Overuse and misuse of antibiotics poses an ongoing risk to patient safety, and we know that improving patient understanding of the potential harms can lead to a decline in prescribing and use. Shared decision-making between doctors and patients can also help address concerns around antimicrobial resistance,” Dr Marles explained.

“In this COVID era, we are seeing the impact of not having an effective treatment for an infectious disease. Antimicrobial resistance is critical for the whole community to address. Every GP can contribute by using guidelines to inform decision-making, and auditing to identify where we can improve.”

Bionics innovations are changing the lives of people around the world who live with complex...

The dark side of breast implants

COVID-19 vaccine: who's in the running?

All eyes are firmly fixed on the 100+ vaccine candidates currently competing to tackle COVID-19.

QUT joins the search for ancient life on Mars