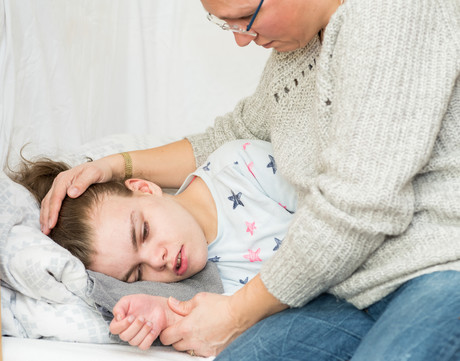 One in 10 of the 250,000 Australians living with epilepsy experience a seizure-related injury each year, many of which can be life-threatening, according to an article published in MJA InSight.

The most commonly reported seizure-related injuries sustained by those living with epilepsy include head (one in four of which require stitches), water immersion (almost 26%), driving (14%), burns (14%), fractures (10%) and dental-related injuries (10%).

According to co-author and Consultant Neurologist and Epileptologist Dr Kaitlyn Parratt at the Royal Prince Alfred Hospital and Sharp Neurology, Sydney, experiencing even one seizure a year can pose a risk for serious injury.

“A seizure is the result of abnormal, excessive or recurring electrical activity in the brain, noting there is tremendous physical risk associated with experiencing seizures,” she said.

“One in three Australians living with epilepsy will sustain a seizure-related injury in their lifetime, more than 50% of which will prove particularly dangerous to the head, or will occur at home in the bath or swimming pool.

“Australians living with epilepsy are at 15 to 19 times greater risk of drowning than the general population, and are also at risk of sustaining a range of other injuries, including burns, serious fractures, dislocations and car accidents.

“It is therefore vital we improve community understanding of the physical dangers faced by those experiencing epileptic seizures and educate people on how to react in the event of a seizure, to help maximise patient safety,” Dr Parratt said.

The launch of Look for epilepsy — a UCB-led community engagement initiative — is designed to highlight the much-needed support available to those living with epilepsy and their carers while raising awareness of the brain disease.

“There are many common myths and misconceptions involving epilepsy. Epilepsy is something everyone has heard of, but that’s usually the extent of their knowledge. Some people think it’s psychiatric in nature, but it’s certainly not. It’s very physical.

“That’s why the Look for epilepsy initiative is so important, because it allows our community to raise awareness of epilepsy and reinforce the much needed support available to those in need,” Ireland said.

Study co-author and neurologist, epileptologist and epidemiologist Associate Professor Wendyl D’Souza from St Vincent’s Hospital in Melbourne is supporting the Look for epilepsy initiative, hoping that new and improved ways of predicting seizures will reduce risk factors for Australians living with epilepsy.

“Concerningly, people living with epilepsy have a mortality rate of up to three times higher than the general population.

“A frequent cause of epilepsy-related death is Sudden Unexpected Death in Epilepsy (SUDEP), where sudden death occurs in a person with the disease for no apparent reason,” D’Souza said.

“However, according to emerging Australian research into seizure patterns, while long considered to be unpredictable, there is, in fact, a person-specific, long-term pattern to seizures in most (80%) cases,” Associate Professor D’Souza said.

“The ability to forecast when someone may be at high risk of seizures through wearable devices, for instance, may help to reduce uncertainty and allow for the implementation of preventative strategies to minimise the risk of physical injury and SUDEP.”

Passionate cellist and Sydney Conservatorium of Music student Amy, 20, was diagnosed with epilepsy in 2017 and understands the severe physical and mental toll of experiencing seizures. She predominantly experiences absence seizures, during which she blanks out or stares into space for 2–10 seconds.

During a high-intensity interval training session at the gym one day, Amy experienced her first and only tonic-clonic seizure, involving loss of consciousness and alternating stiffness and jerking. She fell off the treadmill and hit her head hard on the ground, later learning that hyperventilation from overexertion was one of her seizure triggers.

“Living with epilepsy is very challenging, both physically and mentally. The disease affects my memory and the seizures make me very tired.

“I love to run, snowboard and swim, but I’m always worried that having a seizure could cause me to fall, hit my head or even drown,” she said.

“If I’m crossing the road while having an absence seizure, I could literally freeze for up to 10 seconds and a car could hit me.”

Fortunately, armed with the invaluable care and support from her family, neurologist and anti-epileptic medication, Amy has been seizure-free for the past 14 months. She is not, however, free from the strong, relentless shackles of uncertainty involving recurrent seizures.

“My friends see that I’m seizure-free and think my epilepsy has gone and I’m fine now. What they often don’t realise, however, is just how much of my life epilepsy continues to consume.

“I’m calling for people to recognise the seriousness of epilepsy, the dangers of seizures, and the daily physical and mental challenges faced by people like me,” Amy said.