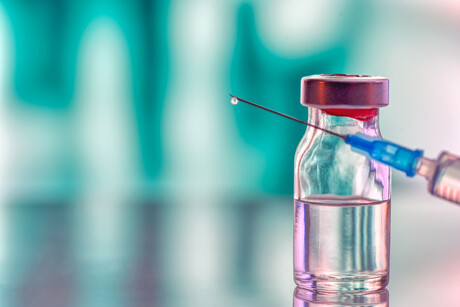 There are about 250 candidate vaccines against SARS-CoV-2 in development worldwide, including mRNA vaccines, replicating or non-replicating viral vectored vaccines, DNA vaccines, autologous dendritic cell-based vaccine and inactive virus vaccines. At least 17 of them are currently under evaluation in clinical trials.

An ideal vaccine against SARS-CoV-2 should be effective after one or two vaccinations, work in target populations including older adults and those with other health conditions, confer protection for a minimum of six months, and reduce onward transmission of the virus to contacts.

Early results from non-replicating viral vector vaccines being trialled in the UK and China have been published in The Lancet, finding that the vaccines induce an immune response in most patients, with few adverse side effects reported.

The two vaccines are being developed separately: one by AstraZeneca and the University of Oxford, the other by CanSino Biologics and China’s military research unit.

Early results from the phase 1/2 clinical trial of the UK’s vaccine candidate (AZD1222) against SARS-CoV-2 reveal strong antibody and T cell immune responses and a favourable safety profile over 56 days of the ongoing trial.

Explaining how the vaccine works, lead author Professor Andrew Pollard from the University of Oxford said, “The new vaccine is a chimpanzee adenovirus viral vector vaccine that expresses the SARS-CoV-2 spike protein.

“It uses a common cold virus (adenovirus) that infects chimpanzees, which has been weakened so that it can’t cause any disease in humans, and is genetically modified to code for the spike protein of the human SARS-CoV-2 virus.

Professor Pollard explained that the immune system has two ways of finding and attacking pathogens: antibody and T cell responses. The AZD1222 vaccine is intended to induce both responses, so it can attack the virus when it’s circulating in the body, as well as attacking infected cells.

“We hope this means the immune system will remember the virus, so that our vaccine will protect people for an extended period. However, we need more research before we can confirm the vaccine effectively protects against SARS-CoV-2 infection, and for how long any protection lasts,” Professor Pollard said.

No serious adverse events were reported. Fatigue and headache were the most commonly reported reactions, with other common side effects including pain at the injection site, muscle ache, malaise, chills, feeling feverish and high temperature.

Participants taking paracetamol around their vaccination had reduced pain, chills, feeling feverish, muscle ache, headache and malaise in the two days following vaccination. In addition, in the 10 people who received the extra dose of the COVID-19 vaccine, side effects were less common after the second dose.

The authors found that there were strong antibody and T cell responses from the vaccine. T cell responses targeting the SARS-CoV-2 spike protein were markedly increased, peaking 14 days after vaccination, with this level declining slightly by day 56 of the trial. The T cell response did not increase with a second dose of the vaccine, which is consistent with other vaccines of this kind.

Antibody responses peaked by day 28 and remained high until the measurement at day 56 in the trial for those given a single vaccine. This response was boosted by a second dose.

Co-author Professor Sarah Gilbert from University of Oxford said, “There is still much work to be done before we can confirm if our vaccine will help manage the COVID-19 pandemic, but these early results hold promise.

“As well as continuing to test our vaccine in phase 3 trials, we need to learn more about the virus — for example, we still do not know how strong an immune response we need to provoke to effectively protect against SARS-CoV-2 infection.

“If our vaccine is effective, it is a promising option as these types of vaccine can be manufactured at large scale. A successful vaccine against SARS-CoV-2 could be used to prevent infection, disease and death in the whole population, with high-risk populations such as hospital workers and older adults prioritised to receive vaccination.”

The authors note some limitations, including that more research is needed to confirm their findings in different groups of people — including older age groups, those with other health conditions, and in ethnically and geographically diverse populations.

These groups are being recruited in ongoing phase 2 and 3 trials of the vaccine in the UK, Brazil and South Africa. In the current trial, 91% of participants were white and the average age of participants was 35 years.

The researchers noted that a small number of participants had detectable neutralising antibodies and T cell responses against SARS-CoV-2 spike protein before vaccination, likely to be due to past asymptomatic infection as potential participants with recent COVID-19-like symptoms or with a history of positive PCR test for SARS-CoV-2 were excluded from the study.

The authors say the participants recruited in this study will be followed up for at least one year to continue to study the vaccine’s safety and the immune response it provokes.

Also published in The Lancet was the phase 2 trial of the Ad5 vectored COVID-19 vaccine candidate, conducted in China, which found the vaccine to be safe and induce an immune response.

Professor Feng-Cai Zhu of the Jiangsu Provincial Center for Disease Control and Prevention said, “The phase 2 trial adds further evidence on safety and immunogenicity in a large population than the phase 1 trial. This is an important step in evaluating this early-stage experimental vaccine and phase 3 trials are now underway.”

Writing in a linked Comment discussing both papers, Assistant Professor Naor Bar-Zeev (International Vaccine Access Center, Johns Hopkins Bloomberg School of Public Health) said, “These trial reports are hugely anticipated. The results of both studies augur well for phase 3 trials, where the vaccines must be tested on much larger populations of participants to assess their efficacy and safety.

“Both trials used adenovirus vectors to deliver and study the COVID-19 vaccine, an innovative and efficient means of vaccine development in the midst of a pandemic. Capable of generating humoral, cellular, and innate responses, adenovirus vectored vaccines have much potential.”

However, Assistant Professor Naor Bar-Zeev warns of the preliminary nature of the two vaccine candidates.

“The platform [adenovirus vectored vaccines] only achieved European Commission regulatory licensure on July 1, 2020, with the Ebola vaccine. Much remains unknown about these and other COVID-19 vaccines in development, including longevity of response and immunogenicity in older adults or other specific groups, such as those with comorbidities who are often excluded from clinical trials, or ethnic or racial groups more severely affected by COVID-19.”