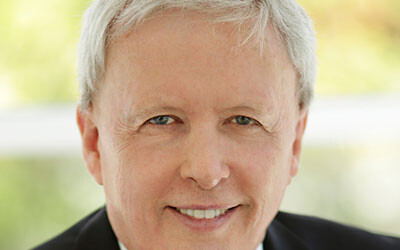 The Australian Medical Association Queensland (AMAQ) and I have personally received many responses to recent media reports about role substitution. I graduated from Queensland University 44 years ago and I have been a constant employee of Queensland Health ever since, except for when I was working for a 170-bed rural African hospital and stints in universities and major teaching hospitals in the United States and UK trying to learn more about head and neck cancer and airway surgery. It was a 17-year training period from my leaving school to setting up as an ENT surgeon.

Fifteen to seventeen years is the norm for a doctor to obtain adequate skills compared to three, four or five years’ study for my critics. For the last 33 years I have worked half-time as an ENT surgeon for Queensland Health, being paid less per hour than the hourly costs of my unattended private practice. My private patients have helped pay for my public consultant work for Queensland Health. Queensland Health is a tremendous organisation to work with. It is very professional and cost-efficient but like all behemoths, sometimes lumbers off in the wrong direction.

‘Task substitution’ of roles that require a 12- to 17-year trained doctor to be involved are being handed to health professionals with a shorter training time and narrower skill set. This may have serious consequences for patients and AMAQ’s issues with ‘task substitution’ are all about patient safety.

Of great concern to rural doctors and rural people generally is the marginalisation of the necessary medical skills to run safe maternity services in country towns. A midwife cannot do an epidural, a vacuum extraction or lift-out forceps extraction for a difficult delivery, let alone do the occasional necessary caesarean section and general anaesthetic for that procedure. This does not mean midwives are not playing a vital role in health care, but it does mean that doctors are losing their obstetric interest and skills over time. When these doctors have lost their skills, or their ageing bodies push them into retirement, they will not be replaced by doctors with the requisite skills.

This displacement of close medical input will result in the closure of the services over the next decade or more with consequent two-month family separations for childbirth, increased country roadside births and higher maternal and infant mortality rates.

The other significant concern is having pharmacies dispensing antibiotics to all and sundry. I accept that more than 1000 pharmacists have now ‘qualified’ to diagnose and treat urinary tract infections after a short intensive online training module of 6–8 hours. Still, the pharmacist cannot take an appropriate history in a chemist shop, cannot correlate symptoms with the patient’s unavailable medical history, cannot order a micro-urine test to confirm there is an infection and what the bacteria is sensitive to, and they cannot access the results of previous tests. They cannot examine for symptoms of pelvic and bladder cancer which may be similar to infection, and of course the pharmacist will be able to recommend value adding products from their bursting shelves — all of which are not covered by a healthcare card.

There will be further fragmentation of health care, potentially more drug allergic reactions without the patient’s history being readily available and many patients not knowing their history. There will be more inappropriate antibiotic use with consequent increased antibiotic resistance.

Personally, the most satisfying thing I have done in my career was being somewhat instrumental in the formation of ‘Deadly Ears’ to tackle the devastating Aboriginal ear pandemic with its far reaching educational and social outcomes. The original ENT Outreach programs were vastly improved by the founders of the Deadly Ears program also coming from Indigenous health and allied health backgrounds.

Deadly Ears would not be the highly acclaimed and successful program it is without the audiologists, nurses, occupational therapists, speech pathologists and early educators who all work collaboratively — none work separately. Each has their own roles. The doctor does not tell an occupational therapist how to assess a patient. An ENT knows less about hearing testing and hearing amplification than an audiologist. However, doctors must be there to make the medical diagnosis based on other health professional tests and assessments but also on the full examination, microscopy and diagnostic skills that the others do not have.

AMAQ is trying to bring the whole range of health professional skills together and AMAQ holds those skills in high esteem. However, pushing pharmacy, midwifery/nursing and allied health professionals beyond their skills and knowledge zone is not safe for the people AMAQ most values, the people of Queensland.

More expert pharmacists needed in the era of medicine miracles

As we live through the lengthening tail of a persistent pandemic, it is challenging to consider...

Clearly, we cannot rebuild all our hospital ventilation systems to cope with the current...

The Australian Government is working with the states and territories to purpose build quarantine...