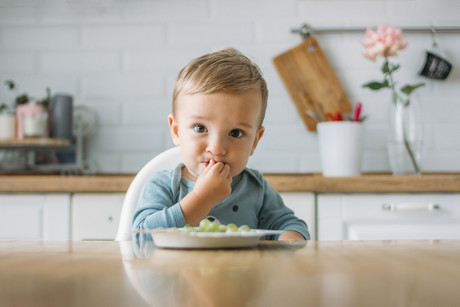 A review of child food allergy cases from the late 1990s has revealed that children who received one or more doses of an older whole-cell whooping cough vaccine were 23% less likely to be diagnosed with a food allergy than those who had the updated acellular version.

Examining 500 cases of children diagnosed with a food allergy by a specialist allergist during the time that Australia transitioned from the whole cell to the acellular vaccine, the multi-institutional Australian research suggests that the whole-cell vaccine could have the added benefit of boosting protection against life-threatening allergies to foods such as eggs, milk, soy, peanuts, tree nuts, wheat, fish and shellfish. The findings are published in The Journal of Allergy and Clinical Immunology: In Practice.

“This retrospective case-control study suggests that the change from using whole-cell pertussis- to acellular pertussis-containing vaccines in the late 1990s may have contributed to the marked increase in food allergy in Australia,” said Professor Katie Flanagan, Head of Infectious Diseases at Launceston General Hospital and Clinical Professor at the University of Tasmania.

“Such non-targeted effects of vaccines have been well described in the literature in recent years and occur because vaccines can modify the immune profile and thereby alter susceptibility to allergy and infections that are not targeted by the vaccine.

“This offers the exciting potential to harness these vaccine properties in future vaccination strategies to provide broader effects than simply protecting against the vaccine-targeted disease,” she said.

Paediatrician and vaccine researcher Professor Tom Snelling from Wesfarmers Centre of Vaccines and Infectious Diseases, based at Telethon Kids Institute, spoke to the Australian Science Media Centre, explaining that while the whole-cell vaccine was effective in providing long-lasting immunity, it resulted in more reactions such as fever compared with the acellular vaccine, accounting for why Australia and many other countries switched over to the acellular version.

Professor Snelling explained that the whole-cell vaccine stimulated a different immune response (Th1) compared with the acellular version, which stimulates a Th2 response.

“A healthy immune system requires a balance of Th1 and Th2. A newborn has a tendency for a Th2-dominated immunity to prevent an immune response from mounting against the mother,” he said.

“Normal immune system maturation involves exposure to harmless microbes in the environment, which stimulate the immune system to achieve balance. If that doesn’t happen, a person can be left with a Th2-skewed immune system.

“We know that Th2-skewed immune systems predispose children to the development of allergies and other atopic diseases such as food allergies.

“Because children live in environments where they are less frequently exposed to harmless microbes, the normal maturation process occurs less often. We hypothesise that this predisposes to high rates of food allergies and other allergic diseases,” Professor Snelling said.

“We further hypothesise that the whole-cell vaccine can do the same role as harmless microbial pathogens in helping to stimulate a balanced Th1/Th2 immune system and therefore to help protect against the development of food allergies.”

Professor Snelling said that one of the take-home messages from the study is that vaccines can have beneficial effects beyond protection against specific target infections.

To further test the study hypotheses, Professor Snelling and colleagues are conducting the OPTIMUM trial to investigate the protective effect of the whole-cell vaccine. The trial will randomly assign 3000 babies to the standard schedule of vaccines or a schedule in which the first whooping cough vaccine is given as a whole-cell vaccine to see if there’s a significant difference in the incidence of food allergies between the two groups.