Measles and the modern age: the rise of vaccine-preventable diseases 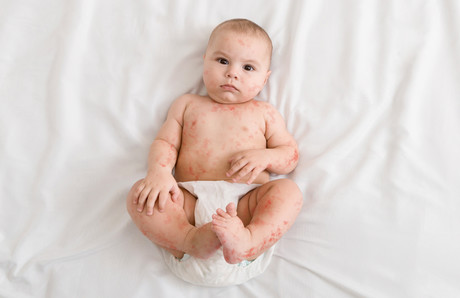 Despite decades of dedicated work, vaccine-preventable diseases are on the rise. One noteworthy example is measles, a highly contagious disease caused by a paramyxovirus that is easily transmitted by airborne droplets through coughing and sneezing.1 Prior to the implementation of widespread vaccination programs, measles accounted for an estimated 2.6 million deaths annually across the globe, with young children and pregnant women identified as highly susceptible populations.2,3 The incubation period of infection is typically 10 to 18 days, with the onset of typical symptoms such as fever, runny nose, cough, red eyes, sore throat and a classic red maculopapular rash over the body starting. People with measles are considered infectious from four days before, and until four days after, the onset of the classic generalised red maculopapular rash. In addition to the classical symptoms described, some patients experience significant and serious complications including diarrhoea, otitis media, pneumonia, encephalitis, seizures and even death.4 A small number of patients may develop a rare, fatal complication of measles called subacute sclerosing panencephalitis (SSPE).5

The substantial global burden of measles infection in the 1960s spearheaded global vaccination efforts that saw the mandating of measles-containing vaccines in schedules for childhood vaccinations around the world.6,7 In 2010, the WHO set three milestones for measles prevention to be achieved by 2015: i) routine coverage increase with the first vaccine dose of measles-containing vaccine (MCV1) among children aged one year old to ≥90% at every country; ii) reduce global annual measles incidence to <5 cases per million population; and iii) reduce global measles mortality by 95% from the 2000 estimate. In 2012, the WHO endorsed the Global Vaccine Action Plan (GVAP), with the objective of eliminating measles in four of the six WHO regions by 2015 and in five regions by 2020. Countries in all six WHO regions have adopted goals for measles elimination by 2020.8 Progress has been made in regard to global vaccine coverage (from 72% to 85% increase) and 80% decrease on associated annual deaths. Since 2013, measles containing vaccine 1st dose (MCV1) coverage has remained relatively constant in the African Region (69%–70%), the Americas (92%), the European Region (93%–95%) and the Western Pacific Region (96%–97%); this last one is the only one to achieve and sustain >95% MCV1 coverage since 2006. During 2013–2017, MCV1 coverage increased from 78% to 81% in the Eastern Mediterranean Region and from 84% to 87% in the South East Asian Region.9 The success and yield of these efforts were especially apparent in the regions of the Americas10 and Europe11; measles was eliminated from the US, meaning absence of continuous disease transmission for 12 months or more, in 2000. By 2016, the World Health Organization (WHO) had declared measles eliminated from the Western Hemisphere.

However, measles is once again on the rise. Though the global number of measles cases reported during 2000–2017 decreased by 80%, there has since been a recent sharp rise in the burden of the infection, with an astonishing 31% increase in measles cases worldwide since 2017.9 Globally, 20.8 million infants did not receive MCV1 through routine immunisation services in 2017, with Nigeria, India, Pakistan, Indonesia, Ethiopia and Angola having the highest rates of unvaccinated children. This outbreak has been fuelled by the low historical and current vaccination coverage in particular populations, a rise in vaccine hesitancy12, increasing global travel to countries where measles is endemic and those where outbreaks are documented.13 Unvaccinated and non-immune travellers to these endemic areas of the world are at significant risk of contracting the infection and later on acting as vectors.

Australia has not escaped the resurgence of measles. In 2018 there were 103 confirmed cases of measles, with 150 confirmed cases this year as of the end of July 2019.14 Unvaccinated and non-immune residents are susceptible to imported measles from visitors and travellers to highly endemic countries such as Thailand, Vietnam, Bangladesh, India, Philippines, Papua New Guinea, the Pacific Islands and Malaysia.15

The rise of measles is a significant global public health concern. In response, some jurisdictions have instituted strong and socially robust interventions as seen in March this year in the US, where a particular county in New York state barred unvaccinated children from public spaces, risking a fine of US$500 and up to six months in prison. Later in June, a bill was passed in New York to eliminate religious exemption claims which used to allow children to forgo vaccinations that are normally required for school. Building trust in vaccination programs is crucial to maintaining high immunity rates; broad community-based education programs reminding of the existence of these diseases throughout the world are key to reduce the gaps in vaccine coverage. Without these and other interventions, measles and other vaccine-preventable diseases will continue to rise, threatening the health of individuals and communities globally.

*Dr. Cristina Sotomayor-Castillo is a Senior Research Officer at the Susan Wakil School of Nursing and Midwifery and Marie Bashir Institute for Infectious Diseases and Biosecurity, The University of Sydney.

**Mr Jeremy Malik is a Research Affiliate at the Susan Wakil School of Nursing and Midwifery and Marie Bashir Institute for Infectious Diseases and Biosecurity, The University of Sydney.

***Professor Ramon Z. Shaban is Clinical Chair of Infection Prevention and Disease Control at the University of Sydney and Western Sydney Local Health District, within the Marie Bashir Institute for Infectious Diseases and Biosecurity and the Sydney Nursing School.