Live animals for trauma training no longer an option 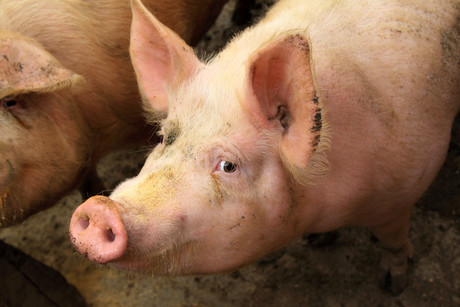 Following an extensive, nearly four-year campaign by People for the Ethical Treatment of Animals (PETA), PETA US and Humane Research Australia (HRA), the Royal Australasian College of Surgeons (RACS) has announced that it will phase out the use of live animals for its Early Management of Severe Trauma (EMST) program by 2018.

The program trains physicians and Australian Defence Force (ADF) medical officers on treating traumatic injuries. After looking into advanced human-simulation technology, RACS President Philip Truskett has confirmed that EMST participants in RACS courses will no longer use live animals in training. Up until this time, training involved cutting holes into the throats, chests and limbs of live animals including dogs and pigs.

RACS President Philip Truskett has confirmed that after looking into the development of manikins and simulators, the institution has committed to removing the animal model from the course by 2018.

The announcement follows a campaign by animal rights organisations, PETA and Humane Research Australia that included the delivery of a petition with more than 100,000 signatures to the RACS headquarters calling for an end to live-animal trauma training.

Australian regulations require the use of non-animal training methods whenever available.

“Modern simulators will allow surgeons to practise procedural skills on models designed to replicate human anatomy and physiology,” said Robyn Kirby, spokesperson for HRA. “This is great news, not only for animals, but also for humans who will benefit from the advanced human-relevant technology.”

“Australia’s surgeons will finally have access to the same gold-standard human-patient simulators that benefit other medical personnel around the world,” said PETA Australia Associate Director of Campaigns Ashley Fruno. “Mutilating and killing pigs and sheep is no way to train surgeons to treat human patients.”

PETA publicly offered last year to provide RACS, free of charge, with the popular TraumaMan simulator, which is designed specifically for this training and replicates a breathing, bleeding human torso, complete with realistic layers of skin and tissue, ribs and internal organs. Studies show that doctors who learn life-saving surgical skills on simulators are more proficient than those who train on live animals.