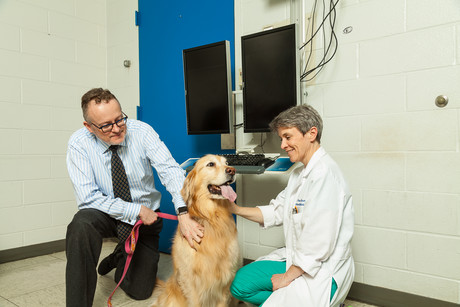 A decade ago, lymphoma therapies for sick dogs were being trialled to help children with the disease. Now, cancer medication for humans is being successfully adapted to help man’s best friend.

A little over 10 years ago, Abramson Cancer Center Director Dr Robert Vonderheide and his colleagues at Penn’s School of Veterinary Medicine told a room full of local reporters about an immunotherapy vaccine to treat lymphoma in pet dogs, which they hoped would someday help children with non-Hodgkin’s lymphoma. The special guest at that media lunch was lymphoma patient and clinical trial participant Kyra, a Rhodesian Ridgeback, her New Jersey owners Eileen and Brian Eisenhower, and their two sons. 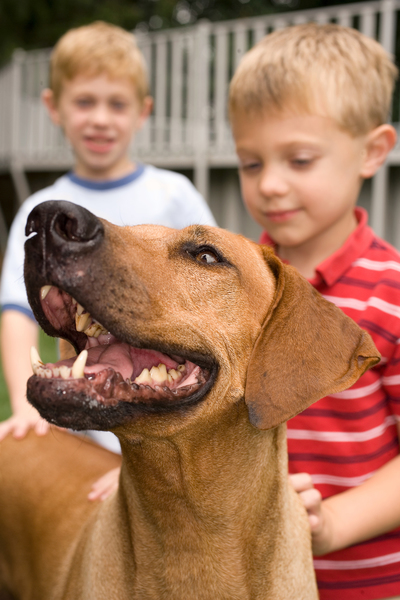 The local newspaper published a prescient story in November 2007 about Kyra and the trial: “Man’s best friend is becoming increasingly important to the study and treatment of human cancers.” Kyra lived until she was 12 after her chemo and vaccine — enough time to see her two human ‘brothers’, Sean and Greg, enter primary school.

Pets have become an integral part of human medical research since Kyra’s debut. However, a recent collaboration between the Perelman School of Medicine and Penn Vet has turned the tables on the arrangement: rather than medicine for pets helping people, therapies developed for humans are helping treat our furry companions. Investigating how to apply precision medicine in canine clinical trials, the study is being conducted by Dr David Roth, chair of Pathology and Laboratory Medicine and director of Penn’s Center for Precision Medicine; senior research investigator Dr Guannan Wang; and Dr Nicola Mason.

“We hope that our approach will be a model for many cancers that affect dogs and other pets,” Dr Roth said.

A December paper in the journal PLOS One, co-authored by Dr Wang, Dr Roth and Dr Mason, describes their first genetic screen comparing mutations in a human sarcoma.

Dr Roth knew that although angiosarcomas (AS) are rare in humans, they are still a deadly subtype of soft tissue cancer. Research on the genetics of human AS is stymied by the fact that it’s an extremely uncommon subtype in a rare family of cancers. Only about 16 new patients are diagnosed each year in the United States. The team reasoned that sequencing a similar type of tumour in an animal might be a good workaround.

Hemangiosarcoma (HSA), which occurs in about 50,000 dogs per year, turned out to be a good match. The researchers’ initial hope was that investigating canine HSAs would help them identify mutations that are responsible for both the initiation and maintenance of sarcomas — called oncogenic drivers — and new drug targets such as cell surface receptors that also occur in human angiosarcoma.

HSA, along with being very common in canines, is a relatively fast-moving cancer in the large breeds such as Golden Retrievers, Labrador Retrievers and German Shepherds.

The team used Penn Vet-archived matched tumour and normal tissue from the spleens of 20 pet dogs. The genome of these samples was sequenced and mutations in PIK3CA, TP53, PTEN and PLCG1 were identified in 11 of the dogs, all of which correspond to well-known mutations that drive tumour formation in human cancer. The proteins encoded by these genes normally regulate cell replication, DNA repair and other critical functions. In one dog, they identified a mutation in PLCG1 identical to a mutation observed in human AS samples. “All of these genes are potential targets for cancer drugs,” Dr Mason said.

Clinical trials of an inhibitor for cancers related to PIK3CA mutations are now underway in humans, namely for advanced breast cancer and melanomas. This drug and others used in chemotherapy for dogs could be applied more precisely if vets knew a dog’s tumour genetics, just like in certain human clinical trials.

Profiling a dog’s tumour could also help a vet see if mutations mean the cancer is aggressive and fast moving or slower moving to better match a cancer drug to an individual tumor’s mutations, aiding owners in deciding on a course of treatment.

“We found potentially applicable information for human AS, but we also are now developing new tools that may help us to better address this common, deadly disease in dogs,” Dr Mason said. The researchers say the next steps will be to set up clinical trials to determine whether precision therapies targeting mutations in an individual dog’s cancer will be effective.

“Given the prevalence of HSA and how rapidly dogs succumb to these tumours, it should not be difficult to obtain meaningful results from a clinical trial in a relatively short period of time,” Dr Roth said. 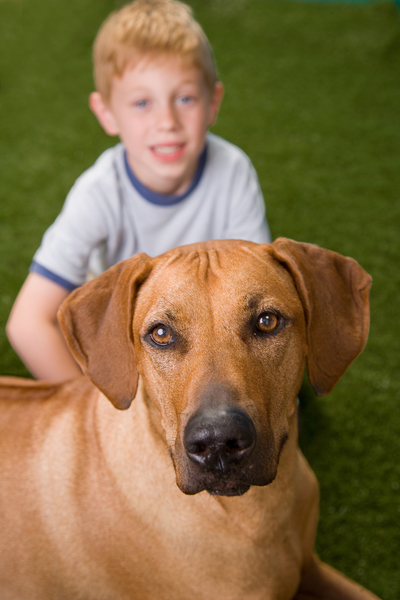 Eight years after Kyra passed, an article in the July 2015 issue of Dogs in Review updated her contribution. The concept of using immunotherapy to treat cancers in people and pets has now gained significant traction and is producing remarkable, unprecedented results in cancer patients across the species. Various approaches are now being employed to stimulate the immune system to mop up any remaining cancer cells. And, for Kyra, a postmortem exam showed she was free of cancer when she died. She has left a lasting impression — and a legacy — as the very first dog to be treated in that cancer vaccine trial.